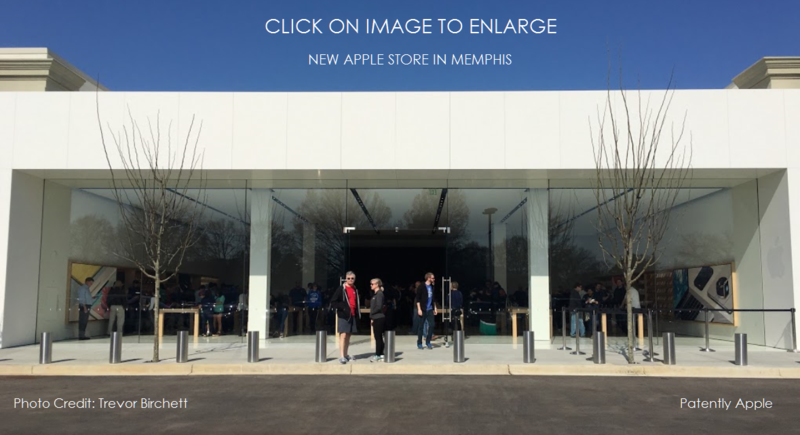 Last August the Memphis Daily News reported that Apple was preparing to open a next-generation Apple Store in Germantown, much along the lines of their new Brussels Store (see the Brussels Store video below). The new Memphis store opened this past weekend.

One of the new features found in both the Brussels and Memphis Stores is the headphone display noted below (far right). Apple was granted a design patent for that display in Hong Kong earlier this month. 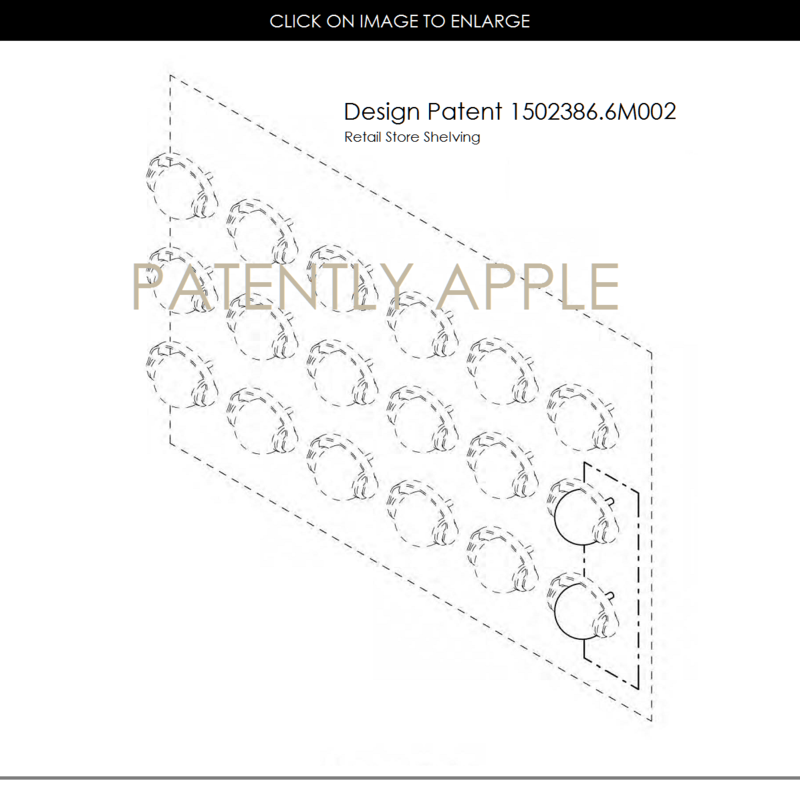