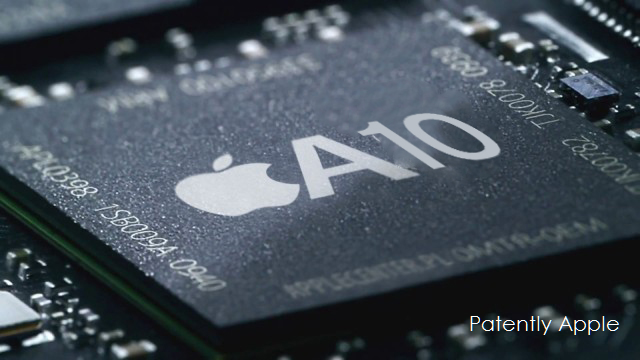 In a September 2015 Patently Apple report titled "TSMC to be the Exclusive iPhone-7 A10 Chip Supplier," we focused on TSMC's integrated Fan-Out Wafer-Level Packaging referred to as InFO-WLP that will dramatically improve performance and power consumption concurrently. It also will enable high-definition video streaming and fast file transfer applications. Applied Materials noted in December report that Fan-Out technology is a Game Changer. It's considered a disruptive technology and TSMC is one of only a few manufacturers who are now ramping up production in high-volume for Apple's A10 processor.

In a new Asian report published this morning we learn something very interesting. The report noted that "Apple is going to apply high-tech packaging technology to the RF (Radio Frequency) Chip of the iPhone 7 series that will be released this fall. It is expected that the iPhone 7 will become thinner and lighter and have more battery capacity. By introducing new technology, it is expected that loss of signal will also be minimized."

Earlier this week industry experts noted that "Apple is applying Fan-Out Packaging technology for the first time out of all Smartphone manufacturers to an ASM (Antenna Switching Module) Chip that will be loaded into iPhone 7. To carry out this technology, Apple ordered parts from Japanese ASM Chip supplier and foreign semiconductor package test (OSAT: Outsourced Semiconductor Assembly and Test) businesses.

The ASM Chip is a part that is loaded into front end (area that receives signals from base station first) of RF Chip and it provides switching function that allows many frequency bandwidth signals to be sent and received with just one antenna. This is the first time when Fan-Out Packaging technology is applied to major parts of a Smartphone.

The RF Chip for ASM that will be inside the iPhone 7 will not have two chips built inside of a PCB (Printing Circuit Board), but have two chips into one package. This decreases areas where parts are mounted.

An industry expert stated that "Apple has been decreasing thickness of its product and increasing battery capacity by combining each part into one. One can see that Apple's way of applying Fan-Out Packaging technology to the ASM Chip is a same context and this will minimize signal loss as well."

As Apple has decided to apply Fan-Out Package technology to major parts of the iPhone 7, it is predicted that its competitors and new Smartphone manufacturers will also apply this technology in the future.