The U.S. Patent and Trademark Office officially published a series of 54 newly granted patents for Apple Inc. today. In this particular report we cover Apple's patent titled 'Flexible Electronic Devices,' which generally relates to devices that could include flexible housing members and flexible internal components such as a flexible battery. Flexible internal components may also include a flexible display such as an Organic Light Emitting Diode (OLED) display; the kind of display that Apple will be switching to in 2017. Apple notes that their invention could apply to a future version of an iPhone, iPad, Apple Watch or other wearable device.

Flexible electronic devices may be more resistant to damage during impact events such as drops because the flexible device may bend or deform while absorbing the impact. Deformation of this type may increase the duration of an impact thereby reducing the impulse received by other components of the flexible device. 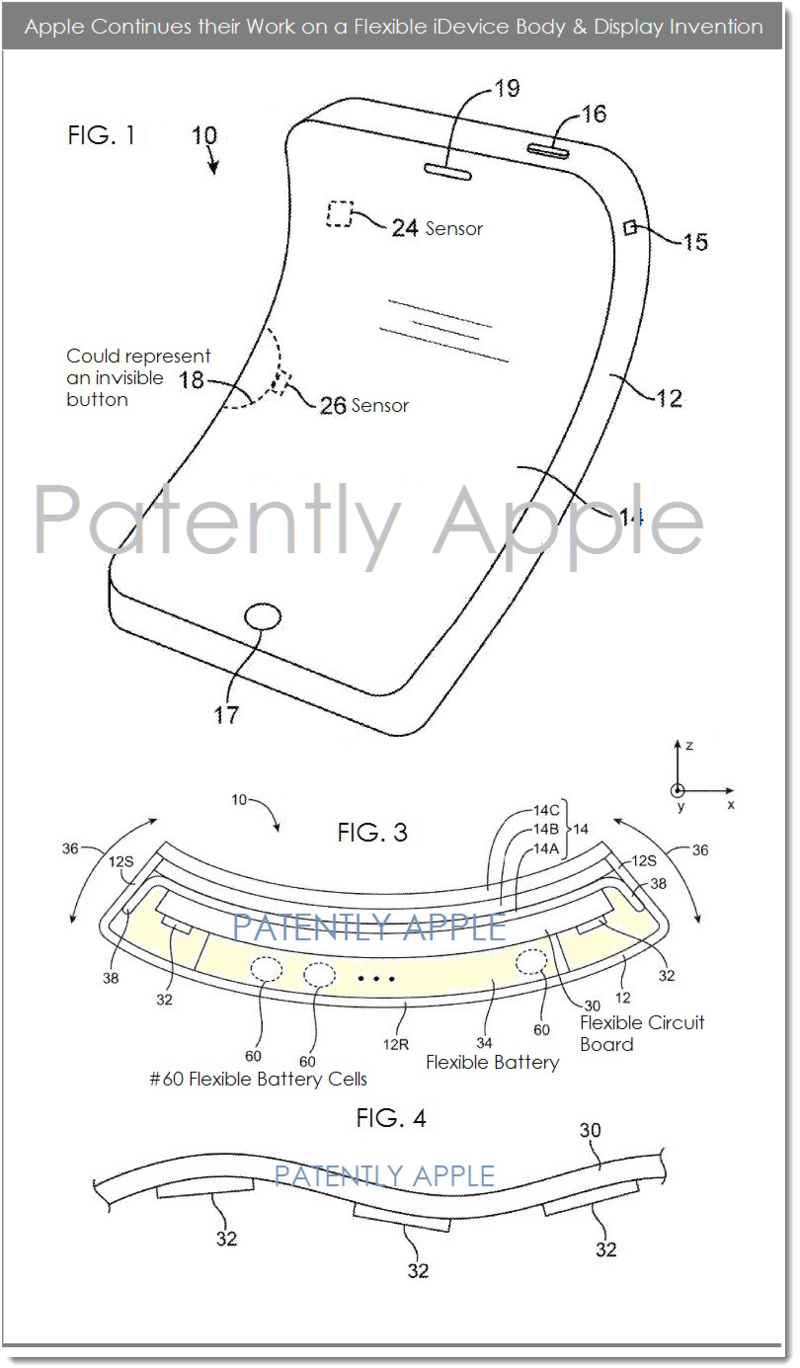 Patently Apple first discovered this patent in Europe back in 2013 and our original report presents you with more in-depth details. Apple's granted patent 9,274,562 was originally filed in Q3 2011 and published today by the US Patent and Trademark Office. Apple also tweaked their patent claims back in 2015.