The U.S. Patent and Trademark Office officially published a series of 51 newly granted patents for Apple Inc. today. In this particular report we cover an invention that Apple began working on back in 2006, a year before the iPhone came to market. Apple's granted patent covers an autostereoscopic projection display that could produce 3D holographic-like imagery. The user would be able to view 3D images without the use of glasses, goggles, or other personally-worn physical viewing aids. Earlier today we covered an Apple patent about stackable connectors wherein Apple listed a holographic projection device as one that would be able to take advantage of the new connector. We wrap up this week's granted patent report with our traditional listing of the remaining granted patents that were issued to Apple today.

Apple notes that the positions of one or more observers can also be tracked in real time so that the 3D images that are being projected to the observers can be continually customized to each observer individually. The real time positional tracking of the observer(s) also enables 3D images having realistic vertical as well as horizontal parallax. In addition, each 3D image can be adjusted according to the observers' individually changing viewing positions, thereby enabling personally customized and individuated 3D images to be viewed in a dynamic and changeable environment. Further, the positional tracking and positionally responsive image adjustment enable synthetization of true holographic viewing experiences.

The system could uniquely be used in an advanced iMac system where upon entering the environment of the 3D display system, the system would recognize such an observer and customize that observer's experiences according to the unique preferences and parameters associated therewith. Examples would include automatically authenticating the observer, personally greeting the observer upon arrival, providing a customized desktop for just that observer, providing customized control responses (e.g., responses to head movements) for that observer, resuming the 3D display where it had been previously stopped, and so forth. This kind of system would be miles ahead of Windows Hello feature. 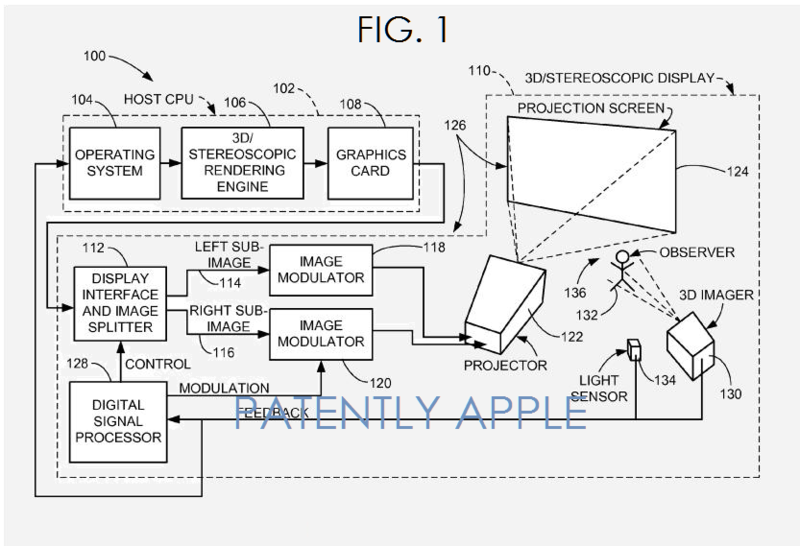 Apple's patent FIG. 1 is a functional block diagram and schematic illustration of a three-dimensional display system.

Patently Apple covered Apple's original patent application back in 2008. To view more graphics and detail see our report here. Apple's granted patent 9,300,951 was originally filed in Q3 2006, updated in 2010 and published today by the US Patent and Trademark Office. 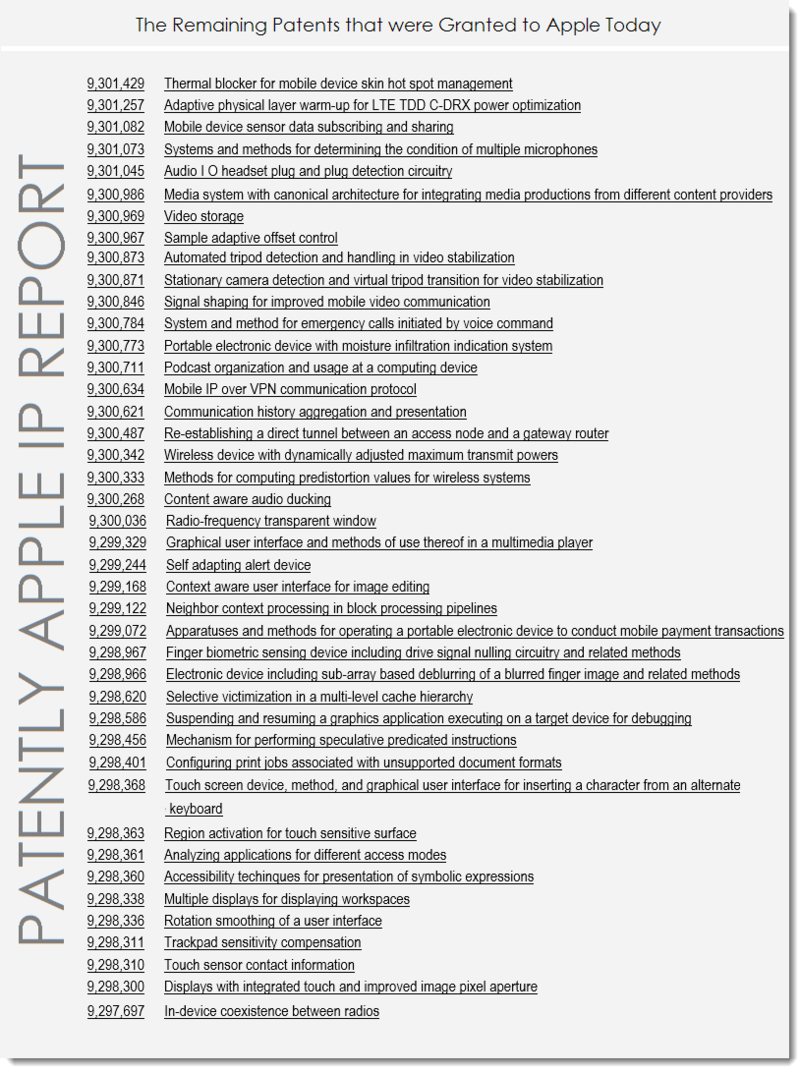