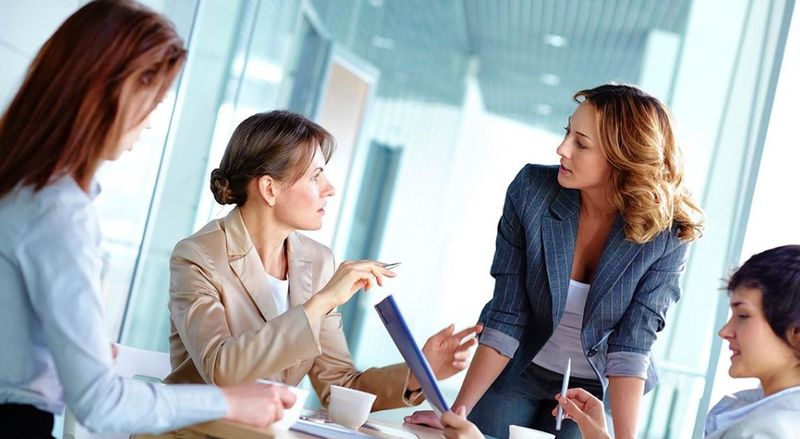 In a new report posted by Forbes writer Clare O'Conner, we learn that Apple tops a very short list of tech companies where women report equal treatment. According to O'Conner, "The technology sector can be a lonely place for women workers, particularly those in senior roles, who are few and far between. The stats show that men hold 82% of leadership positions, on average" – in Silicon Valley's top companies.

O'Conner further notes that "Women who do land roles in Silicon Valley are faced with pervasive, systemic sexism. A recent survey of senior women tech executives revealed 60% have been on the receiving end of unwanted sexual advances in the workplace. Of these women, 65% reported having received such advances from a superior."

Enter Fairygodboss. The year-old Glassdoor-like online job review site for women has been collecting data from over 20,000 user submissions to rank tech companies where female employees feel they're treated as equal to their male counterparts. Since the startup launched these rankings in February, Apple has held onto the top position on all three tech-related lists. 72% of women respondents working at Apple reported being treated fairly. 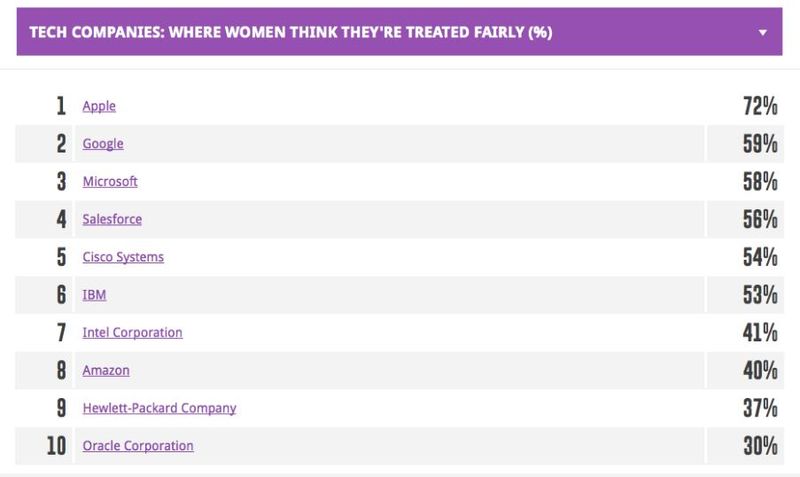