Today, the U.S. Patent and Trademark Office published a patent application from Apple that reveals a future method of using the iPhone's Touch ID system to gain access to a second device, like a MacBook or iMac, without requiring a password. 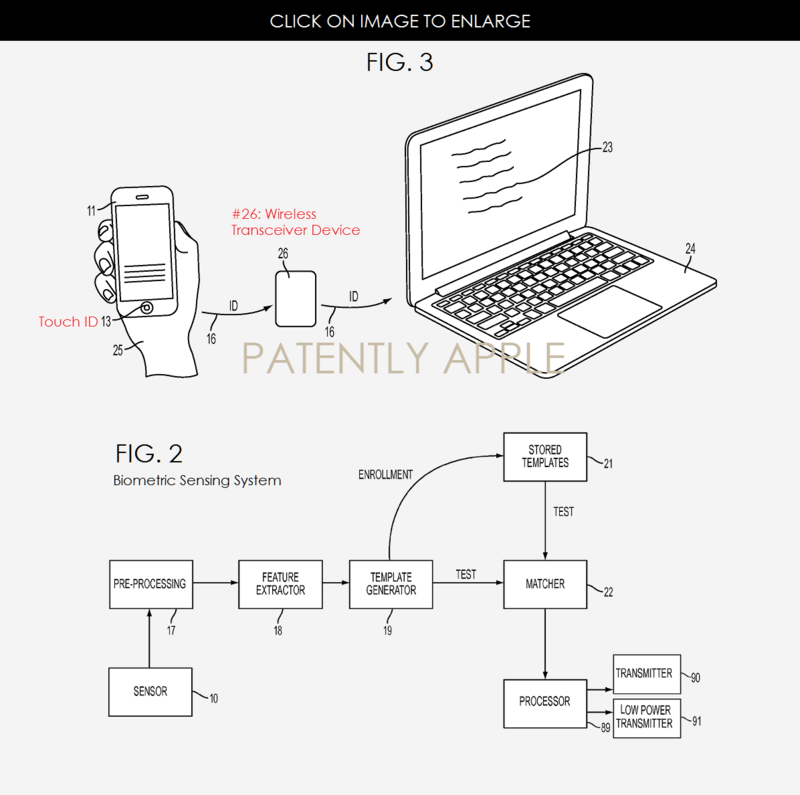 In a situation where a user has an iPhone and wishes to access their MacBook, it may enhance or facilitate the user's operation to access the MacBook and/or information contained in the MacBook such as a document without entering any additional security verification into the MacBook.

Apple notes that identification or other authorization message may be transmitted wirelessly across a network to the second electronic device using a wireless transceiver device #26 that will communicatively couple the iPhone to the MacBook. 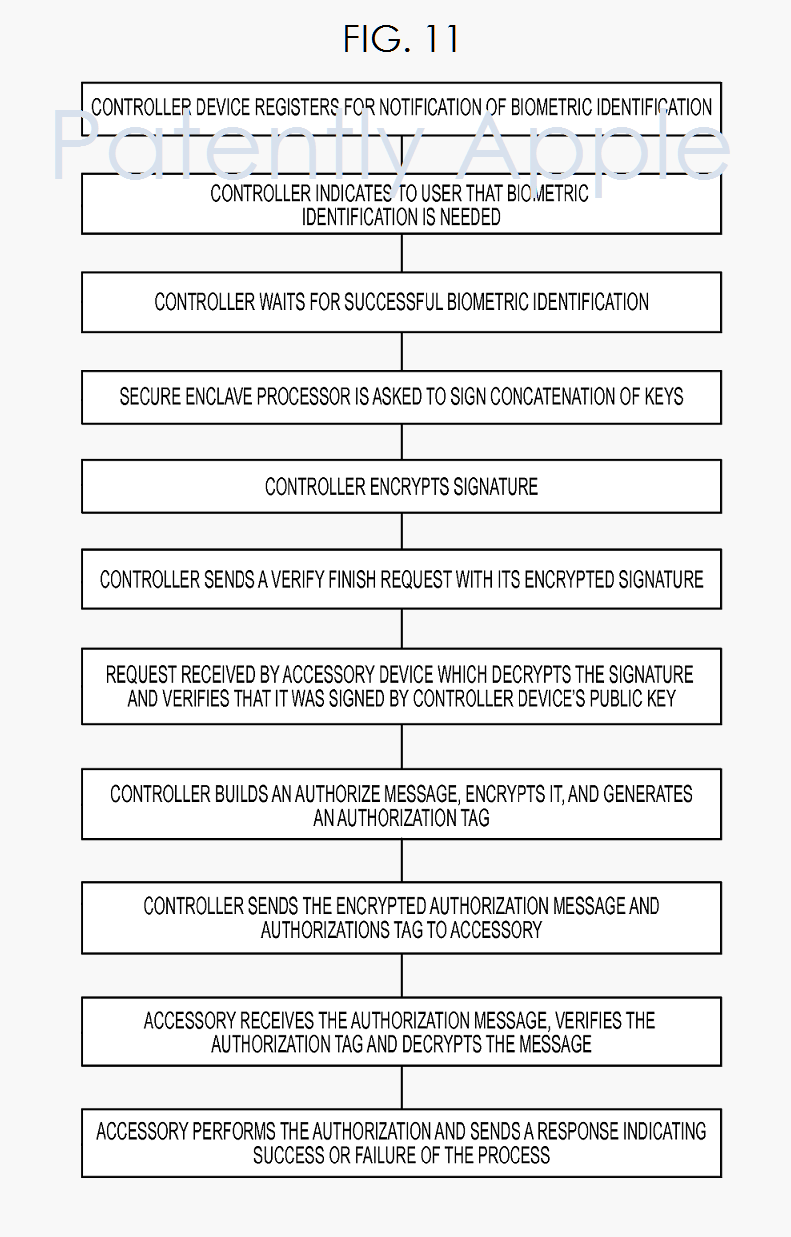 Apple's patent FIG. 11 noted above is a flowchart illustrating example final operations in the process of authorizing an operation on an accessory device.

It would be technically possible for this method to apply to future accessories such as a printer, scanner, TV or beyond.