Jeremy Bailenson is founding director of Stanford University's Virtual Human Interaction Lab where they're working on some fascinating projects. His main area of interest is the phenomenon of digital human representation, especially in the context of immersive virtual reality. His findings have been published in over 100 academic papers in the fields of communication, computer science, education, environmental science, law, medicine, political science, and psychology.

Some speculate that a visit to Stanford lab by Mark Zuckerberg led to Facebook acquiring Oculus. The Stanford lab has been in existence for 13 years, visited by tech companies such as Samsung, HTC, Microsoft and others.

Now that it's been revealed that Apple has assembled a VR team, it was interesting to hear Bailenson reveal in a recent interview, that even Apple, who had never attended his class in thirteen years, have been attending his classes regularly of late.; in fact his last three classes to be exact. Bailenson noted that "They come and they don't say a word - but there's a data point for you." 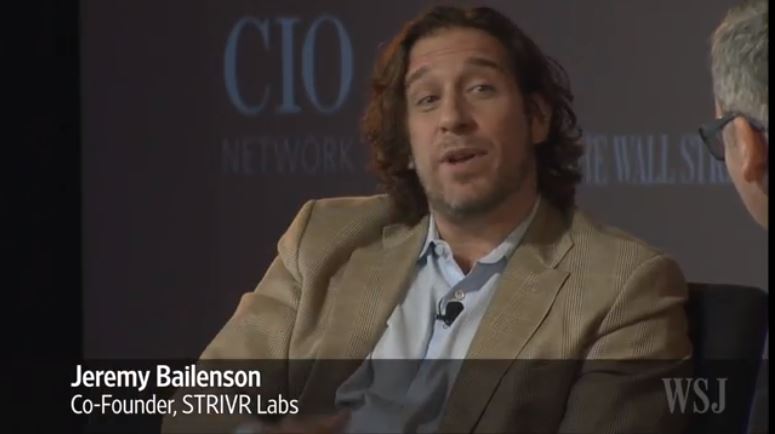 One of latest VR features coming to market soon that impressed Bailenson is one from Oculus called 'Touch' which he described as being "pretty special." That instantly made me wonder if we've only seen the beginning of where Apple's 3D Touch could really be going. Imagine a VR version of it for the future. Of course it's just a thought … for now.