Vogue Article Touches on Apple, Fashion & their Pentagon-Like Headquarters that is sure to contain as many Secrets

Last October we posted a report titled "Jony Ive & Vogue's Anna Wintour will Co-Host the Met Museum's 2016 Fashion Exhibit on Fashion in an Age of Technology." The show is to debut this May. Today Vogue has posted a story titled "Apple and Fashion: A Love Story for the Digital Ages." It is here where Tim Cook and Jony Ive discuss the synergy between Apple and fashion, two worlds fueled by curiosity and change. 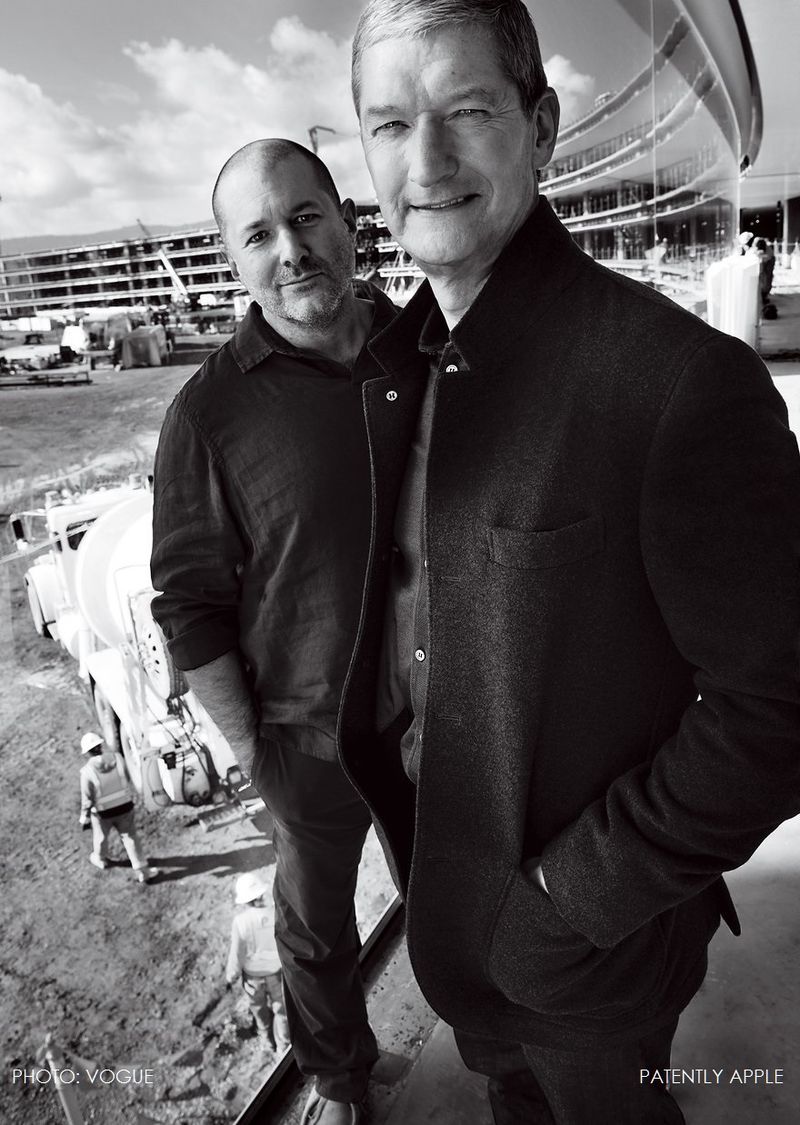 Kick starting things, we're able to see Vogue's stylized yet strange photo of Apple's Tim Cook and Jony Ive. Wouldn't you agree that it would make a great poster for a new Zombie movie? I mean, just check out those eyes – Yikes! It's Possession 101.

But humor aside, the light and dreamy Vogue article comes just at the right time as the firestorm over the US government v. Apple rages on over a court order to open an iPhone 5c owned by one of the San Bernardino terrorists.

Today's Vogue report reviews Apple's upcoming Spaceship headquarters. Vogue notes that "From aerial mock-ups, the building variously suggests a spaceship that has touched down gently in a clearing or a softened, highly styled Pentagon, sure to contain as many secrets."

In one segment, architect Norman Foster talked about the state-of-the-art building by stating that "There was from the outset a concern with breaking down barriers. The circular form is intended to encourage chance encounters outside the corporate box." For more on this, check out the full Vogue article here.