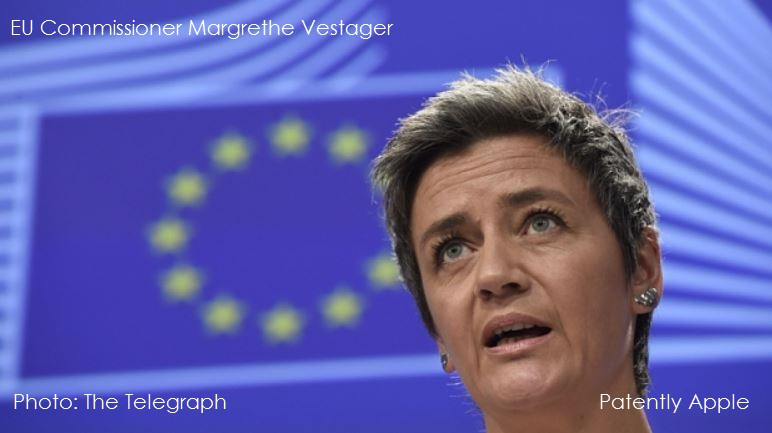 At the top of the month we posted a report titled "Europe's Antitrust Chief Determined to Pursue Apple in Tax Case." Last October the EU found Starbucks wasn't paying their fair share of taxes and laid out a penalty/remedy. At that time Commissioner Margrethe Vestager, in charge of competition policy, stated: "Tax rulings that artificially reduce a company's tax burden are not in line with EU state aid rules. They are illegal. I hope that, with today's decisions, this message will be heard by Member State governments and companies alike. All companies, big or small, multinational or not, should pay their fair share of tax." It's no secret that that Apple's CEO has been very vocal against the EU Commission over taxes, calling the process "Political Crap" and today we learn that the U.S. Treasury Secretary Jack Lew called on the European Union to reconsider tax probes targeting U.S. companies on Thursday, arguing that such moves represented disturbing precedents.

Secretary Lew made the plea in a letter to European Commission President Jean-Claude Juncker and EU antitrust chief Margrethe Vestager, a copy of which was seen by Reuters.

Lew wrote: "While we recognize that state aid is a longstanding concept, pursuing civil investigations - predominantly against U.S. companies - under this new interpretation creates disturbing international tax policy precedents. We respectfully urge you to reconsider this approach."

Last month, Vestager ordered Belgium to recover about 700 million euros from 35 multinational companies including Anheuser-Busch and BASF because of their participation in an illegal tax scheme. Now that the tax probes are well under way, the EU is unlikely to budge on this issue unless the U.S. retaliates.

On the other hand, there are some in Europe that are already uncomfortable with the EU Commission's hard line taken against foreign companies. Today Reuters published a second report on the issue that covered what some of the European Union Finance Ministers were stating: The "New rules to tackle multinationals' tax avoidance should not go beyond the scope of international guidelines, raising concerns about some of the proposals made by the European Commission in January.

Although criticized by some lawmakers and activists for not being ambitious enough, the proposals in some areas went beyond guidelines, known as BEPS, agreed at international level by the G20 group of the world's largest economies and by members of the Organization for Economic Co-operation and Development. For more on this, read the full Reuters report here.