Trump, I'd Rethink that Idea about Boycotting Apple Pretty Quick 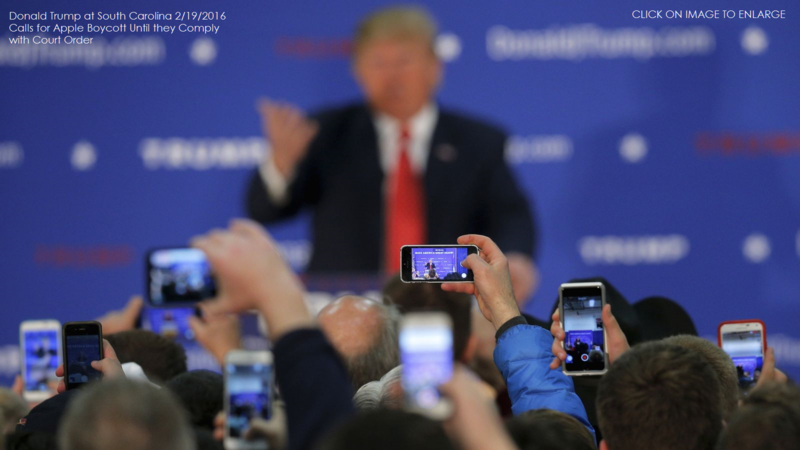 Donald Trump, frontrunner for the Republican presidential nomination, has called on his supporters to boycott Apple until it agrees to help the US Federal Bureau of Investigations (FBI) override the password to an iPhone used by one of the San Bernardino shooters.

Trump says in the video below: "What I think you ought to do is boycott Apple until such time they give that security number," Trump said at a rally in South Carolina. "How do you like that? I just thought of it: Boycott Apple. Tim Cook is trying to do a big number," he added, referring to the Apple CEO. "Probably to prove how liberal he is." Trump's comments begin at the 0:53 second mark.

If you enlarge our cover graphic you'll see that the majority of smartphones taking pictures are in fact iPhones.

Be careful Donald, you don't want to piss off the Apple Cult. I'd rethink that position and say it was all a joke. Tell your fans that Tim Cook, the Pope of Apple, is really a nice guy – and say it soon before Apple fans vote in South Carolina tomorrow … Seriously. The two Popes are friends. (Ha!) 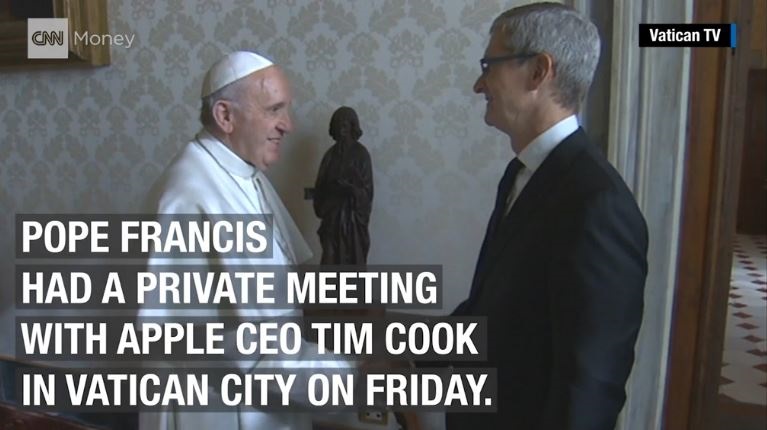 Earlier this week we reported that Donald Trump Repeated his comments on the San Bernardino attack that killed 14 people, Trump remarked of Apple, "Who do they think they are? They have to open it up."

In the last hour Donald Trump sent out a series of Tweets about boycotting Apple as noted below. 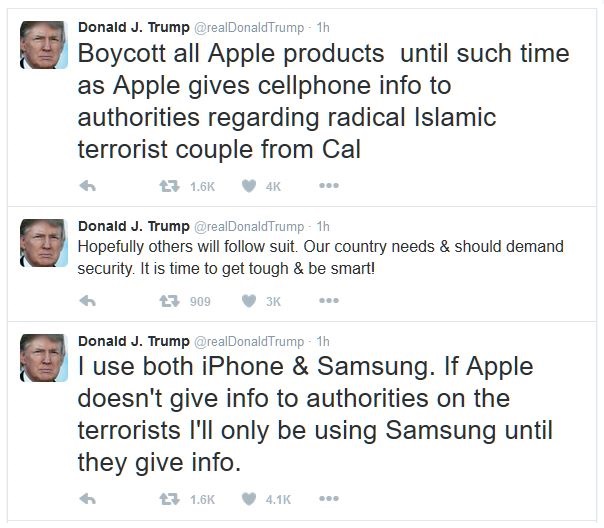