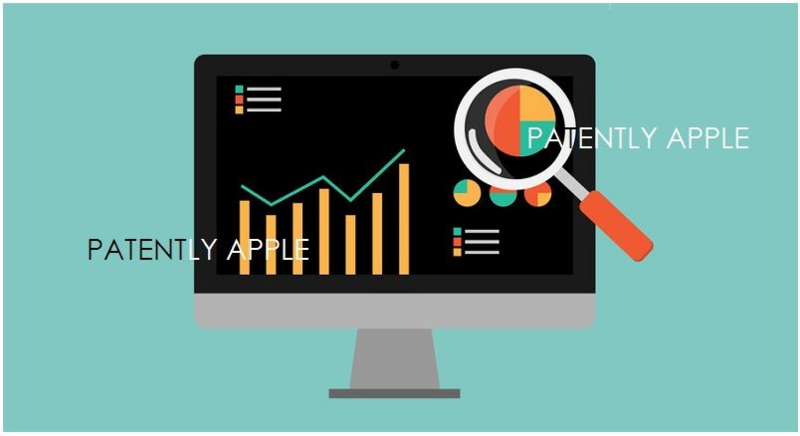 Last week Apple announced their Q1 2016 results during their Financial Conference Call. Patently Apple covered the opening statement of Apple's CEO Tim Cook in the form of a transcript due to the extraordinary details that Cook imparted regarding the currency crisis that the company battled with during their last quarter.

Cook noted that the company's "…results are particularly impressive given the challenging global macro-economic environment. We're seeing extreme conditions unlike anything we've experienced before just about everywhere we look. Major markets including Brazil, Russia, Japan, Canada, Southeast Asia, Australia, Turkey and the Eurozone have been impacted with slowing economic growth, falling commodity prices and weaken currencies."

Cook added that "Since the end of fiscal 2014, for instance, the Euro and British Pound are down double digits and major currencies such as the Canadian dollar, Australian dollar, Mexican Peso and Turkish Lira have declined 20 percent or more. The Brazilian Real (pronounced Ree-al) is down 40 percent and the Russian Ruble has declined more than 50%." Cook also revealed that "Two thirds of Apple's revenue is now generated outside the U.S. so foreign currency fluctuations have a very meaningful impact on our results.

We thought that the currency crisis was the key revelation during Apple's financial conference that most were missing out on in their reporting. Today the Wall Street Journal (WSJ) has a new report out today covering this development titled "Strong Dollar Batters Earnings for U.S. Tech Firms."

The WSJ reports that "Many multinationals have suffered from the impact of a strong dollar, but few as severely as U.S. technology companies. There is little sign the pain will ease soon.

Currency headwinds for more than a year have dogged the biggest names in the sector — including Apple, Microsoft and IBM — and once again loomed large in the current quarterly earnings season. The problem, which is increasingly defying traditional solutions, is also expected to weigh down the numbers expected Monday from Google's parent Alphabet Inc.

Silicon Valley is suffering disproportionately because of its unusual success in hawking hardware, software and services abroad. S&P Dow Jones Indices estimates that U.S. information technology companies generated 59% of sales overseas in 2014, the latest annual numbers available, compared with 48% for companies in the broader S&P 500 index.

Howard Silverblatt, an S&P Dow Jones analyst told the WSJ that "I would expect the technology sector to continue to be the most affected of any sector. These companies have enormous presence abroad." Currency headaches are becoming more pronounced as tech companies run into economic weakness and other issues that are slowing demand for their products. 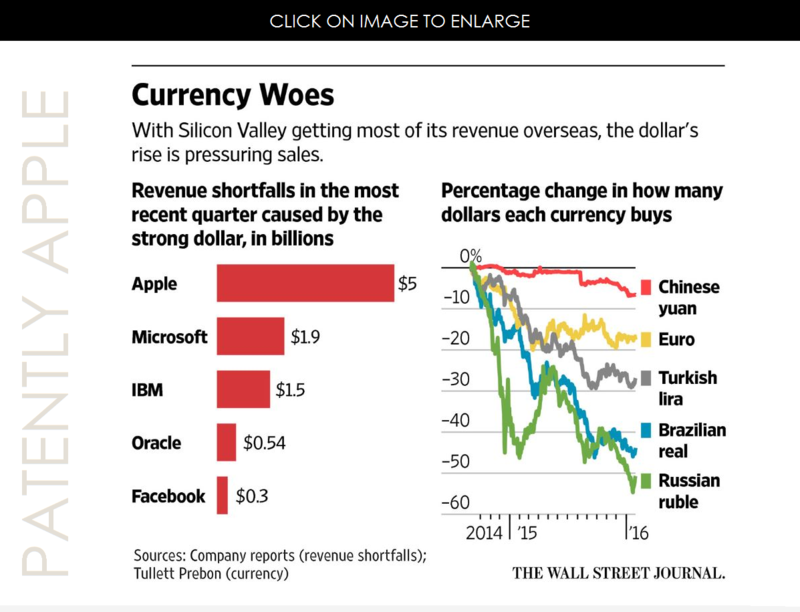 In particular, the WSJ noted that "Apple provided a striking example last week. The consumer electronics company, which gets 66% of its revenue from outside the U.S., said last week that the strong dollar had cost it nearly $5 billion in revenue in the quarter ended in December. Apple, if currency moves were excluded, said it would have generated $80.8 billion in revenue in the most recent quarter versus its reported $75.9 billion, knocking an 8% increase down to 2%.

Besides taking customary hedging actions to counter the dollar's rise, the company said it had been forced to protect its profit margins by raising prices on products like iPhones in Russia, Brazil and Turkey and other countries.

Tim Cook, Apple's chief executive, said extreme measures were necessary given the unprecedented scope of an issue that ordinarily affects only a few countries at once. This time, he said in an interview, the dollar is "incredibly strong nearly everywhere." For more on this, read the full Wall Street Journal report here.