Home Archives Contact Us Subscribe Twitter MeWe Facebook Patently Mobile
Today Only: Apple is offering iDevice owners Five Free Apps and Games in Celebration of Leap Year
Tomorrow the Judge will rule against Apple and the War over Privacy will Truly Begin 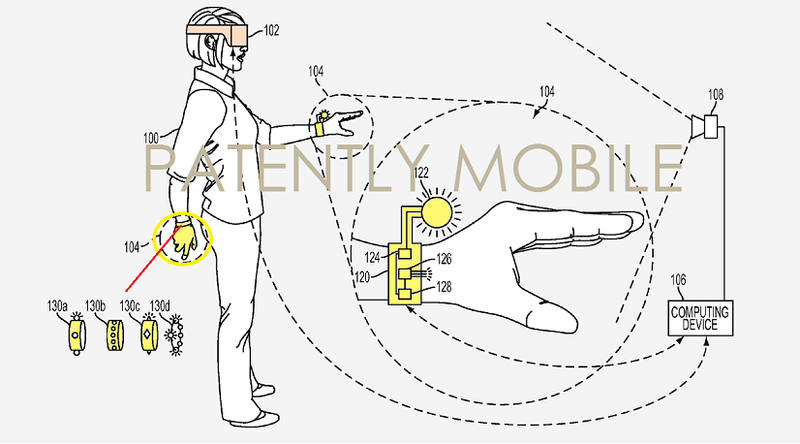 If there's one company that the Sony PlayStation division is fearful of, it's Oculus. Last year Patently Apple covered the Oculus special event introducing their new gaming head mounted display system along with their revolutionary hand controllers called 'Oculus Touch' and more. Last week the U.S. Patent and Trademark Office published a patent application from Sony covering a similar smart headset for gaming. The patent puts emphasis on a new peripheral glove designed to work in tandem with their future headset that understands hand gestures for gaming moves and beyond. Sony has to push fast and hard to get this to market quickly if it doesn't want to lose their fan base to Oculus.

In one segment of Sony's patent filing, they note that in some implementations, the glove interface object includes an index-thumb touchpad that is configured to detect contact between the user's thumb and the side of the index finger, and define variable input based on the location along the side of the index finger that is being contacted by the thumb. This could be seen in patent FIGS. To review more of Sony's invention, see our full Patently Mobile report here. 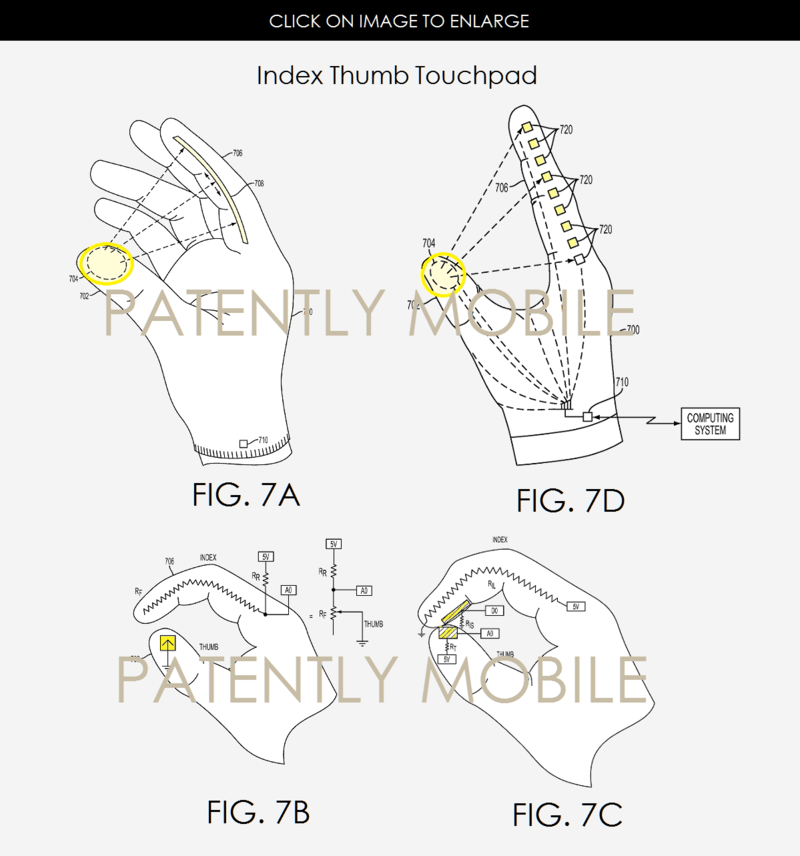