Russia's New Internet Czar has Apple and other U.S. Firms in his Crosshairs over Taxes 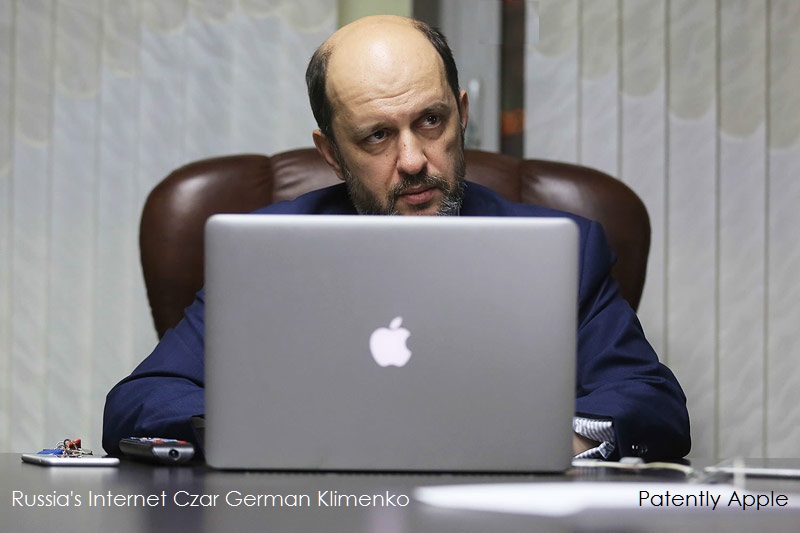 Over the last few weeks we learned that Europe's Antitrust Chief is more determined than ever to pursue Apple in their tax case and that Australia is likely next to clamp down on Apple's 'Double Irish' tax strategy. Today we're learning that Russia's new internet Czar German Klimenko (German the name not the country) now has Apple and other U.S. firms in his crosshairs over taxes.

In a 90-minute interview peppered with expletives, Klimenko said forcing Google and Apple to pay more taxes and banning Microsoft Windows from government computers are necessary measures best explained in terms of barnyard economics and marital infidelity. Klimenko stated that "We are breeding the cow and they are milking it."

BloombergBusiness reports that "Klimenko, 49, is pushing to raise taxes on U.S. companies to help level the playing field for Russian competitors such as Yandex and Mail.ru. His efforts mirror those of governments across Europe and beyond to squeeze more revenue out of Google, Apple and other multinationals with increasingly complex billing and ownership structures."

Russian politicians are now pushing a bill that would apply an 18 percent value-added tax to as much as 300 billion rubles ($3.9 billion) of revenue that Google, Apple and other foreign companies earn each year.

Side Note: Apparently Klimenko is an Apple fan. Our cover graphic shows Klimenko owning a MacBook Pro and an iPhone 6 which is shown sitting on his desk.