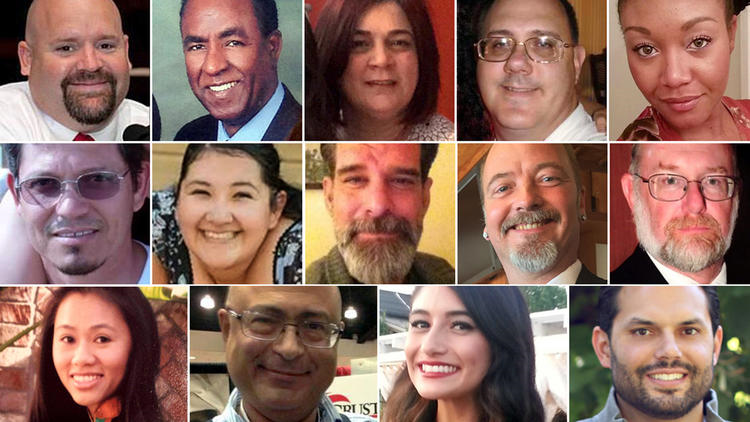 Yesterday we posted a report titled "It's about the Victims – So Stop Saying that the World is ending." The report covered FBI Director James Comey's Lawfare Institute blog entry late Sunday. Comey noted in his guest blog post that "Fourteen people were slaughtered and many more had their lives and bodies ruined. We owe them a thorough and professional investigation under law." Today we can see that Comey's guest post wasn't an off-the-cuff entry but rather a part of a larger legal strategy. Reuters is now reporting that "Prosecutors took unusual steps in enlisting victims of the San Bernardino attack in the government's heated battle with Apple over access to an iPhone belonging to one of the shooters."

Reuters has discovered that "Family members of at least two victims will join a legal brief to be filed next week urging Apple to help the government unlock the phone. The lawyer representing them is former federal judge Stephen Larson. He was brought into the case by Eileen Decker, the U.S. Attorney in Los Angeles, who personally asked him if he was interested in representing the victims.

Several former federal prosecutors and defense lawyers said they had never encountered a situation in which the Justice Department asked a particular lawyer to represent victims. Yet Larson acknowledged that the move was "unprecedented" in his experience, but said that the refusal of a company like Apple to comply with a court order was also very unusual.

'Apple has close to unlimited resources to litigate this thing,' Larson said. 'It is hardly a surprise the U.S. Attorney wants to make sure victims have someone looking after them.'"

The entry of victims into the case gives the Justice Department a powerful and sympathetic ally, with a clear and compelling interest in the case. Supporters of the company, meanwhile, suggest the government's actions are as much a bid to alter the political landscape around encryption as they are a quest for legal remedies in the case at hand.

In a statement on Tuesday, San Bernardino district attorney Mike Ramos said victims deserve a voice in federal court. "We owe it to them to do everything we can to make sure justice is served," he said.

Yet one of the family members is undecided about this issue. As an iPhone user he tends to lean on Apple's side of the argument. For more on this development, read the full Reuters report here.

In this new reality, the question of how private your smartphone data should be from government intrusion is an important one.

It's worth having a debate about, and indeed a bi-partisan Congressional committee has invited both Comey and Cook to testify.

If Apple had not fought the order approved by a judge at the FBI's request, this important debate would have been squelched and the federal government would have won a powerful legal precedent by default.

That's why Cook has done a favor for everyone who feels the nation's long-term commitment to civil liberties ultimately keeps us all safer than knee-jerk moves to restrict them.

Yet if the majority of Americans feel differently, Cook's stance has risked alienating some of them as future customers," the report concludes.