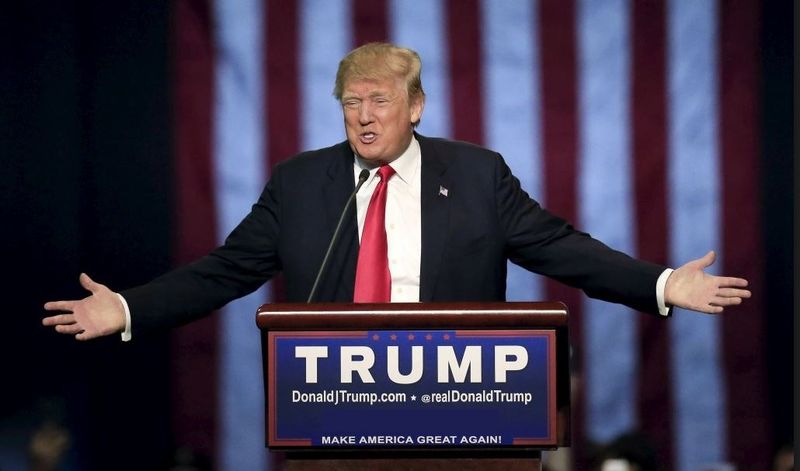 When talking about the terrorist attack of 9/11, it's personal to Republican Presidential candidate Donald Trump: "I was there. I lost many, many friends in that tragedy. That was the worst tragedy in the history of this country, worse than Pearl Harbor, because they attacked civilians. They attacked people in office buildings." So it shouldn't come as a surprise to anyone that Trump told the hosts of Fox and Friends earlier today that Apple has to open a terrorist's iPhone as requested by the court.

Politico reports this morning that "Donald Trump slammed Apple for its refusal to cooperate with federal authorities in the investigation into one of the iPhones of the San Bernardino shooters on Wednesday.

The Republican presidential candidate and front runner Donald Trump told the hosts over at 'Fox and Friends,' referring to a court order demanding that Apple create a way for federal investigators to break into the iPhone of one of the perpetrators of the Dec. 2 terrorist attack, stated that he agreed 100% with the courts. "In that case, we should open it up. I think security, overall, we have to open it up and we have to use our heads. We have to use common sense. "

Trump continued, echoing his recent common refrain. Somebody the other day called me a common-sense conservative. We have to use common sense." Repeating his lines about the San Bernardino attack that killed 14 people, Trump remarked of Apple, "Who do they think they are? They have to open it up."

Trump isn't a big fan of U.S. technology companies in general who have their big plants in foreign countries. In order to 'Make America Great Again,' (Trumps slogan), he intends to make Silicon Valley companies pay more taxes so as to force them to bring back jobs to the U.S. In January we covered Trump's comments on this in a post titled "Donald Trump Sets his Crosshairs on Apple Making their 'Damn Computers and Things' in America.

Something tells me that this isn't the last we'll be hearing from Trump on Apple. Stay tuned.