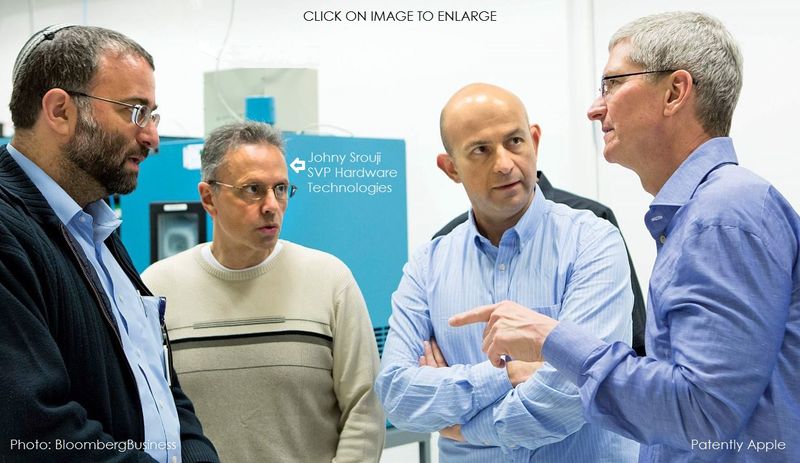 In a fascinating new interview we learn that just a little over a year ago, Apple had a problem: The iPad Pro was behind schedule. Elements of the hardware, software, and accompanying stylus weren't going to be ready for a release in the spring. Chief Executive Officer Tim Cook and his top lieutenants had to delay the unveiling until the fall. That gave most of Apple's engineers more time. It gave a little-known executive named Johny Srouji much less.

Srouji is the senior vice president for hardware technologies at Apple who is 51 years old and an Israeli who previously worked at both Intel and IBM. He runs the division that that has chip facilities in Cupertino and Herzliya Israel. The division is responsible for making processor chips, the silicon brains inside the iPhone, iPad, Apple Watch, and Apple TV. The original plan was to introduce the iPad Pro with Apple's tablet chip, the A8X, the same processor that powered the iPad Air 2, introduced in 2014. But delaying until fall meant that the Pro would make its debut alongside the iPhone 6s, which was going to use a newer, faster phone chip called the A9.

This is the stuff that keeps technology executives up at night. The iPad Pro was important: It was Apple's attempt to sell tablets to business customers. And it would look feeble next to the iPhone 6s. So Srouji put his engineers on a crash program to move up the rollout of a new tablet processor, the A9X, by half a year. The engineers finished in time, and the Pro hit the market with the faster chip and a 12.9-inch display packed with 5.6 million pixels.

When the original iPhone came out in 2007, Steve Jobs was well aware of its flaws. It had no front camera, measly battery life, and a slow 2G connection from AT&T. It was also underpowered. A former Apple engineer who worked on the device said that while the handset was a breakthrough technology, it was limited because it pieced together components from different vendors, including elements from a Samsung chip used in DVD players. "Steve came to the conclusion that the only way for Apple to really differentiate and deliver something truly unique and truly great, you have to own your own silicon," Srouji says. "You have to control and own it."

One of Jobs's trusted advisers, Bob Mansfield, Apple's top hardware executive at the time, recruited Srouji to lead that effort. Srouji, then at IBM, was a rising star in the arcane world of semiconductor engineering. Mansfield promised him an opportunity to build something from scratch.

The first public signs of Srouji's work came in 2010 with the debut of the iPad and iPhone 4. The processor, the A4, was a modified version of a design from ARM Holdings, a British company that licenses mobile technology. The A4 was designed to power the handset's new high-definition "retina display." Srouji says it was a race to get that first system-on-a-chip produced. "The airplane was taking off, and I was building the runway just in time," he says.

Over the next few years, Apple kept making improvements to its designs, introducing chips to accommodate fingerprint identification, video calling, and Siri, the iPhone's voice-activated assistant, among other enhancements.

Srouji admits that it lags behind Samsung in some areas of chip development, such as adding a modem to the central processor to conserve space and power, yet he hints that might not be forever. He refused to get more specific by saying "I don't want to go into Wi-Fi specifically.