Google, the Moonshot King, Kick Starts 2016 by Dethroning Apple as the Most Valuable Company in Silicon Valley

On January 21 we posted a report titled "Will Google Dethrone Apple as the Most Valuable Company in Silicon Valley in February?" At the time of the report it seemed to be a little out of reach, but lo and behold, it's happened according to a new Reuters report. Reuters is reporting that "Alphabet Inc. has surpassed Apple as the most valuable company in the United States in after-hours trading on Monday, knocking Apple from the top spot that it has held for the better part of four years.

The change may signal the passing of the technology baton to Alphabet - formerly known as Google - from Apple, which surged past Microsoft Corp in market value in 2010. Microsoft in turn eclipsed International Business Machines Corp two decades ago.

Alphabet shares jumped on Monday after reporting strong quarterly earnings, making its combined share classes worth $568 billion, compared with Apple, which had a value of about $535 billion. Alphabet will officially overtake Apple in market value if they open around current levels at the open on Tuesday."

The Reuters report notes that "Google includes its search engine, YouTube and related parts of the company, while a unit called 'Other Bets' includes its 'moonshots' such as self-driving cars, and encompasses Google Capital, the secretive X research division and Nest, which offers smart-home accessories."

Talking about Moonshots; just last week it was revealed by the U.S. Patent that Google was working on yet another ambitious 'Moonshot' project involving gigantic robots. 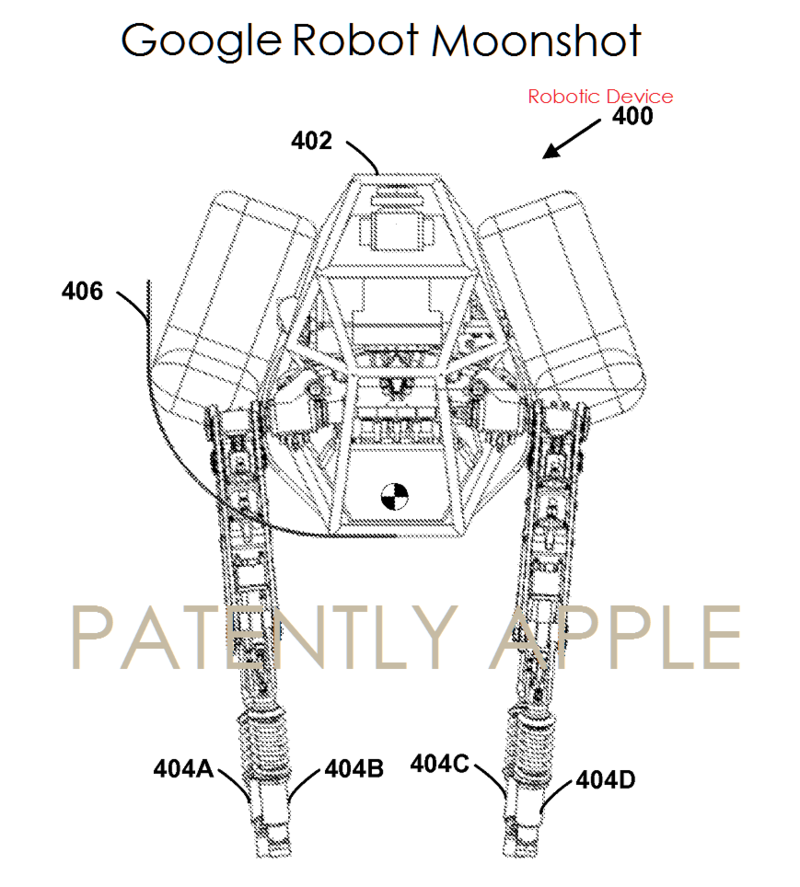 Google's next-gen robot looks like a war vehicle that you'd find in a video game. Though who's to say we're not looking at the future of ground combat?