Home Archives Contact Us Subscribe Twitter Facebook MeWe Parler Patently Mobile
Samsung Unveiled the Galaxy S7 with Liquid Cooling and MicroSD Slot in Barcelona Today
A Quick Overview of Some of the Stories that Exploded on the Web this Weekend on the FBI vs. Apple War

FBI Director: It's about the Victims – So Stop Saying that the World is Ending 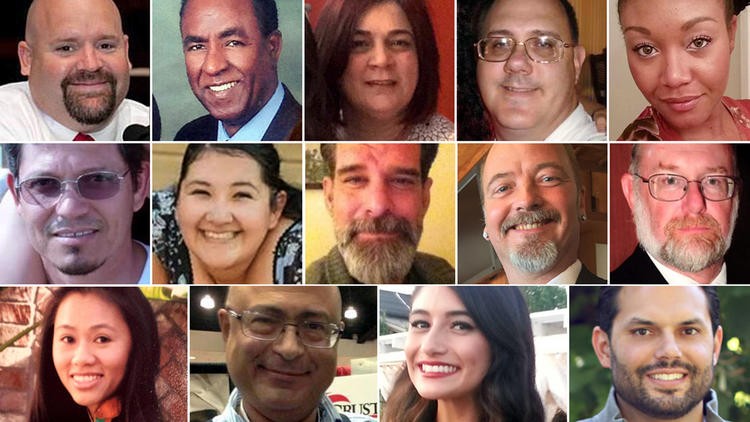 FBI Director James Comey wrote in a post on the Lawfare Institute blog late Sunday that his agency's demand that Apple break into the iPhone of one of the San Bernardino shooters is "about the victims and justice." Comey added that "Fourteen people were slaughtered and many more had their lives and bodies ruined," Comey. "We owe them a thorough and professional investigation under law." Our cover graphic presents the 14 victims in the San Bernardino terrorist attack.

The San Bernardino litigation isn't about trying to set a precedent or send any kind of message. It is about the victims and justice. We owe them a thorough and professional investigation under law. That's what this is. The American people should expect nothing less from the FBI.

A Reuters report shows that the victims agree with the FBI. The report noted that "Some victims of the San Bernardino attack will file a legal brief in support of the U.S. government's attempt to force Apple to unlock the encrypted iPhone belonging to one of the shooters, a lawyer representing the victims said on Sunday.

Stephen Larson, a former federal judge who is now in private practice, told Reuters that the victims he represents have an interest in the information which goes beyond the Justice Department's criminal investigation. "They were targeted by terrorists, and they need to know why, how this could happen," Larson said.

Comey further noted in his Lawfare blog entry that "Reflecting the context of this heart-breaking case, I hope folks will take a deep breath and stop saying the world is ending, but instead use that breath to talk to each other. Although this case is about the innocents attacked in San Bernardino, it does highlight that we have awesome new technology that creates a serious tension between two values we all treasure: privacy and safety.

Of course there are two sides battling for the public's attention in this case and additional reports will be published today reflecting Apple's side of the argument.