Fake Schematics based Rumor Surfaces on the iPad Air 3 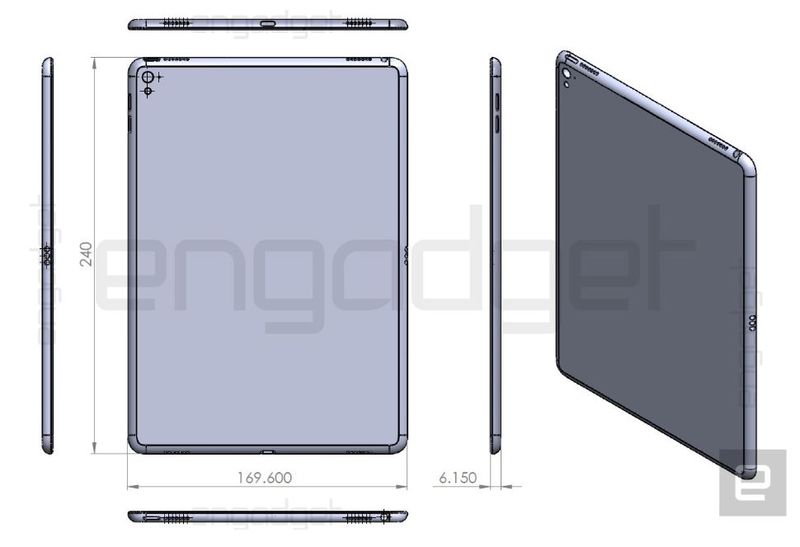 Engadget reports that they received an image (noted above) that's allegedly a simple dimensional drawing of the upcoming iPad 3. "While we'd usually dismiss such leaks, we're siding with our reliable source on this one. Unsurprisingly, the next iPad will apparently pack a couple of features introduced by the iPad Pro: quad speakers for some nice audio boost, and a Smart Connector on the side for its very own 'smart' accessories. This goes well with the earlier Pencil support rumor. What does surprise us is the extra hole below the camera, which suggests the iPad will finally be getting an LED flash."  I don't know about you, but I never believe in these homemade schematics that surface in rumors every year. Apple's real product designs are guarded by Jony Ive and company and will never be "found" or "discovered" on rumor sites anywhere on the planet. Perhaps you see it differently.