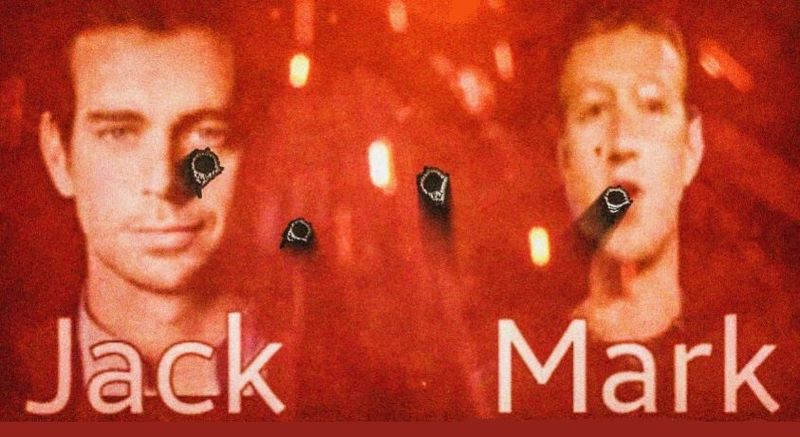 Earlier this morning we posted a report titled "DOJ Creates a High-Tech Dream Team that Includes Apple, Facebook and Others to Battle ISIS on Multiple Fronts." The team that assembled at the Justice Department yesterday were briefed on ISIS's messaging strategy, and the government's plans to counteract the terrorist propaganda with "counter-narratives and optimistic messaging." Today we also learned that ISIS is targeting the CEO's of Twitter and Facebook as reported by Fox and Vocativ.

Fox news reported this morning that ISIS has issued a threat to Facebook founder Mark Zuckerberg and Twitter founder Jack Dorsey over the companies' effort to take down terror-affiliated accounts, according to a published report.

Earlier this month, Twitter announced it had suspended more than 125,000 accounts for threatening or promoting terrorist acts since mid-2015.

Vocativ, who broke the story, reported Wednesday that it had uncovered a 25-minute video allegedly created by ISIS on the instant messaging app Telegram. The video shows a photo of Zuckerberg and Dorsey with bullet holes across their faces.

"You announce daily that you suspend many of our accounts, and to you we say: Is that all you can do? You are not in our league," a message in white text as noted below. "If you close one account we will take 10 in return and soon your names will be erased after we delete your sites, Allah willing, and will know that we say is true." 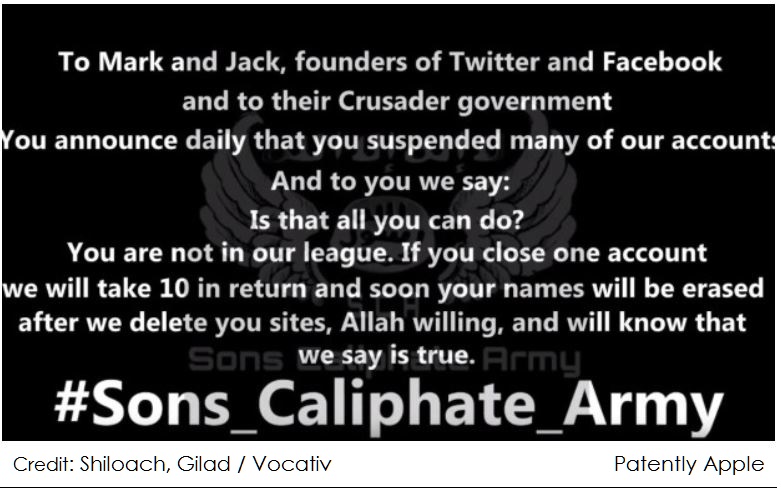 Vocativ noted that "The video and its claims are part of the terror group's war of words in a wider propaganda campaign that has aimed to show defiance against efforts targeting its online operations. A February report by George Washington University Program on Extremism said the amount of pro-ISIS content available on Twitter has been limited by account suspensions since last summer. Suspensions have also devastated the reach of specific ISIS-affiliated users who have been repeatedly targeted, the report said."

A study released by the Brookings Institution in March 2015 warned that ISIS supporters may be operating more than 46,000 Twitter accounts. The study found that almost one in five ISIS supporters selected English as their primary language when using Twitter. Three quarters selected Arabic.