Edward Snowden Steps into Apple's Privacy Case: "This is the most important tech Case in a Decade" 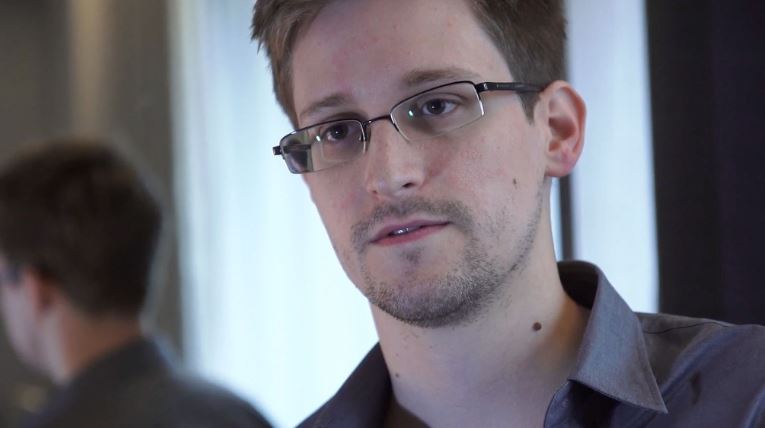 Late yesterday Judge Sheri Pym of U.S. District Court in Los Angeles ordered Apple to help the FBI break into an iPhone recovered from one of the San Bernardino shooters. Apple's CEO decided to go to war publicly over the issue again and published "A message to our Customers." Apple's message outlined the issue over the court order from Apple's perspective. Obviously the court didn't think of imposing a gag-order. Apple's CEO took advantage of that to try the case in the press and on the web. The case had Donald Trump weighing in on the matter as a personal opinion and now Edward Snowden, who ignited the privacy debate originally, is siding with Apple. Not that this should surprise anyone.

CNN reports that "Edward Snowden -- the ex-NSA contractor who started this whole privacy debate -- has joined the ranks of Apple defenders." Snowden tweeted today that "The FBI is creating a world where citizens rely on Apple to defend their rights, rather than the other way around." In a second tweet noted below, Snowden remarks that "This is the most important tech case in a decade."

To be honest, there isn't much balance in the CNN report that seems to only present the view or side of those opposing the court order.

With that said, CNN quotes Bruce Schneier, one of the world's top cryptographers, who warns that criminals could also use this kind of special access to break into people's phones to steal messages, photographs and other personal information. If Apple creates a weaker version of its operating system, others will get their hands on it.

Schneier added that "If the court wins, we all lose. Today's government access is tomorrow's PhD thesis and the next hacker tools. In the future, criminals will be using this."

If you tend to lean on the paranoid side of the issue, which is a legitimate position, then there's certainly no shortage of fear mongering quotes to be read in the CNN report that you could read here.

On the other hand, if we simply focus on the immediate case at hand rather than future cases, an enterprise security firm made a clear case today that Apple can comply with the court order without reinventing the wheel because the iPhone in question is a 5c model that doesn't have Touch ID to complicate matters.

This position was echoed by the White House today. Reuters reported this afternoon that "In a briefing with reporters, White House spokesman Josh Earnest deferred to the Justice Department but said it's important to recognize that the government is not asking Apple to redesign its product or "create a new backdoor to its products." Earnest said the case was instead about federal investigators learning "as much as they can about this one case." "The president certainly believes that it is an important national priority," he said.

Apple's CEO is making a habit of overreacting to any government or any security agency wanting to discuss end-to-end encryption. While it's very possible that this issue could be explosive at some point in time in the future, it shouldn't be for this one case. Back in 2014 we posted a report titled "Apple's iPhone 6 goes on Sale in China October 17 after Assuring China's Ministry that there's no Secret Back-Doors." Is this the underlying issue behind Cook's recent string of overreactions? Only time will tell.