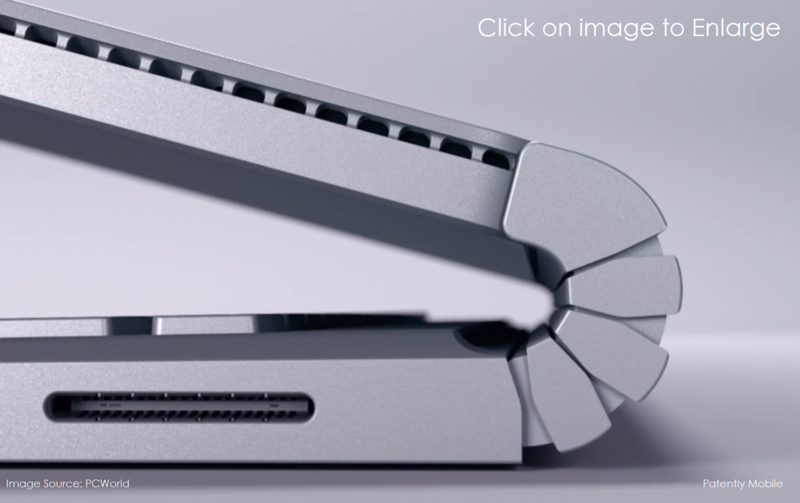 During a Microsoft event held back in October 2015, Microsoft's Panos Panay, Microsoft's Corporate VP for Surface, shocked all in attendance with a new device that was a major leap for their hardware division. Microsoft introduced a pure 2-in-1 Tablet/Notebook device with a full notebook keyboard and detachable display called the 'Surface Book'. The new device was clearly being marketed unapologetically as a challenger to Apple's MacBook Pro.

While Engadget praised it in October, by December the Microsoft Surface Team were already apologizing profusely for the never ending problems customers were experiencing with this first generation device. And although it's been a bit of a bumpy ride for those racing to be first to own this first generation device, the most talked about design feature of the new Surface Book has been its wild new hinge. While most called the new hinge a fulcrum or dynamic fulcrum hinge, last week Microsoft's patent pending hinge filing came to light and they simply call it a 'Progressive Hinge.'

Microsoft notes in their filing with the U.S. Patent and Trademark Office that "Individual elements of the progressive hinge assemblies can be made from various materials, such as sheet metals, die cast metals, machined metals, and/or molded plastics, among others, or any combination of these and/or other materials.

More interestingly is the fact that the progressive hinge is seen by Microsoft as a design that could be modified for use with other future devices such as foldable tablet or foldable smartphone product along with wearable smart devices, gaming devices, entertainment consoles, and/or other developing or yet to be developed types of computing devices.

A few of those ideas that we highlighted above would certainly be of great interest to many should they come to market in a timely manner. Microsoft most definitely needs some device firsts to bring to market instead of copycatting Apple's line-up of devices which they're currently bent on doing with the experimental HoloLens prototype being the exception.

Microsoft's patent FIG. 1 noted below is an example of a notebook that includes the use of thee progressive hinge and patent FIG. 4 represents the new hinge in its various stages of opening and/or closing. 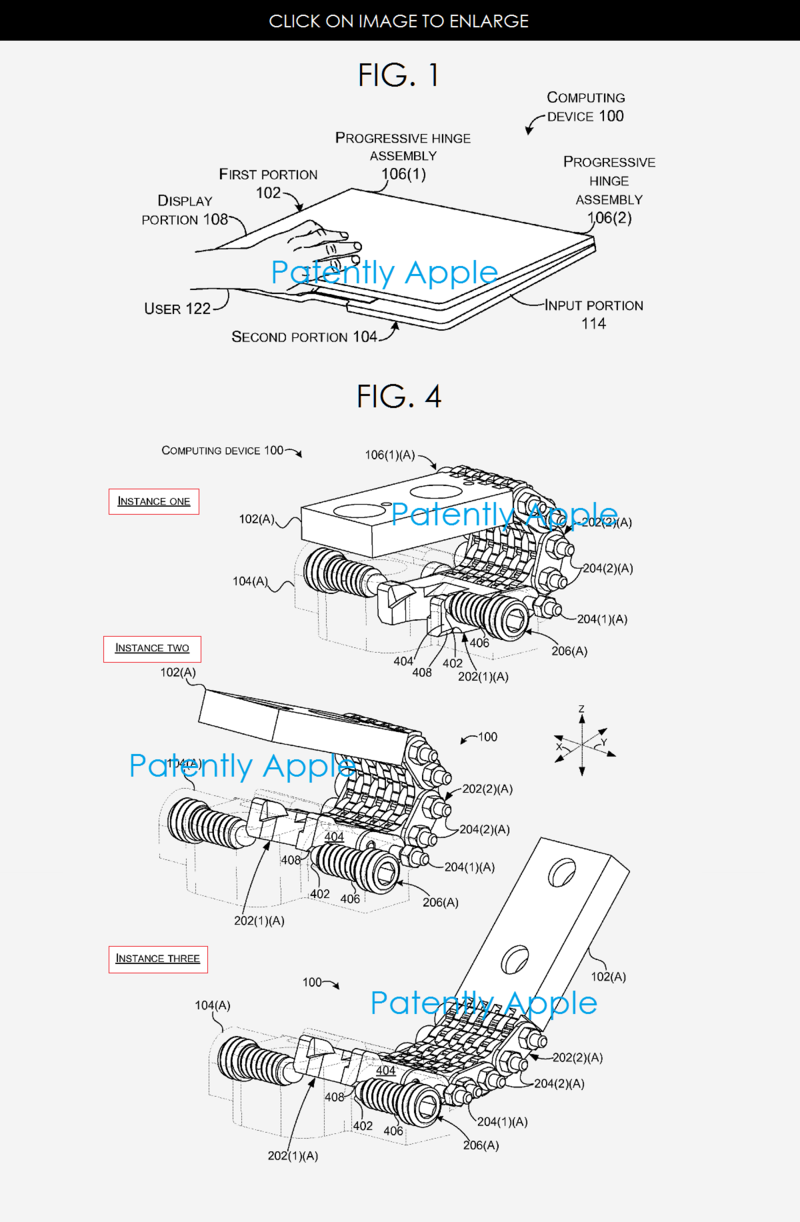