Bill Gates: Technology Companies Should be Forced to Co-operate with Law Enforcement in Terrorist Investigations 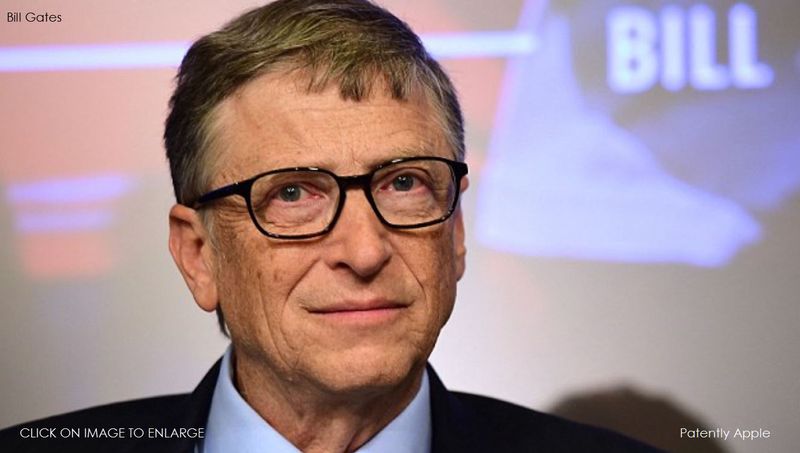 The man that Apple fans love to hate has given them more to boo about. Yesterday Bill Gates has broken ranks with Silicon Valley in the stand-off between Apple and the US government, saying technology companies should be forced to co-operate with law enforcement in terrorism investigations.

The Microsoft founder took issue with Tim Cook's characterization of the government's order that Apple help break open the San Bernardino shooter's iPhone as a demand for a 'back door', denying that it would set a wider precedent.

This is the position that the White House took last week. White House press secretary Josh Earnest disputed Apple's assertion that Justice Department is asking the tech giant to create a 'back door' into its product for the investigation into the San Bernardino mass shooting.

The Financial Times, who broke the story, stated that "Mr. Gates told them that "This is a specific case where the government is asking for access to information. They are not asking for some general thing, they are asking for a particular case. It is no different than [the question of] should anybody ever have been able to tell the phone company to get information, should anybody be able to get at bank records. Let's say the bank had tied a ribbon round the disk drive and said, 'Don't make me cut this ribbon because you'll make me cut it many times'."

Thus far Silicon Valley executives such as the CEO's of Twitter, Google and Facebook have all sided with Mr. Cook, though Facebook owns WhatsApp Messenger, another encryption app under fire. National Security Agency whistleblower Edward Snowden called the showdown "the most important tech case in a decade."

Other Recent Reports on this Subject

A Quick Overview of Some of the Stories that Exploded on the Web this Weekend on the FBI vs. Apple War Feb 22, 2016

FBI Director: It's about the Victims – So Stop Saying that the World is Ending Feb 22, 2016

Tim Cook's Decision to go to War with the Government will now veer into a Legal Argument over Free Speech Feb 19, 2016

Apple Assisted the FBI on the San Bernardino Case but the Essential Last 44 Days of Data is locked in the iPhone 5c – Feb 18, 2016

WSJ: Tim Cook is playing a Dangerous Game of Brinkmanship with the U.S Government - Feb 17, 2016

Edward Snowden Steps into Apple's Privacy Case: "This is the most important tech Case in a Decade" - Feb 17, 2016

Presidential Candidate Donald Trump Sides with the Court on Unlocking an iPhone while Railing against Apple – Feb 17, 2016