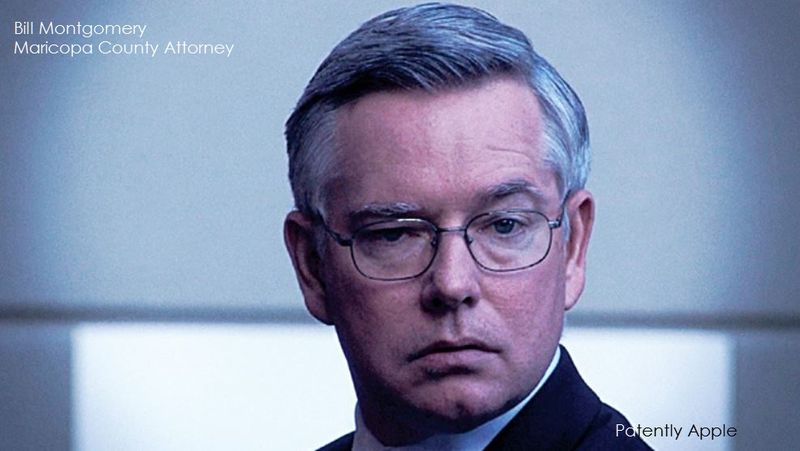 In a press release noted by CNN late yesterday, we learned that the Maricopa County Attorney's Office will, effective immediately, discontinue providing iPhones as an option for replacements or upgrades for existing employees. Maricopa County Attorney Bill Montgomery cited Apple's recent refusal to cooperate in unlocking an encrypted iPhone used by individuals involved in the recent San Bernardino shootings.

The Maricopa County Attorney's Office serves the fourth-most populous county in the U.S. with over 4 million residents within its jurisdiction. There are currently 564 smartphones deployed throughout the office, 366 of which are iPhones. "I don't expect my action to affect Apple's stock price," Montgomery said. "But I cannot in good conscience support doing business with an organization that chooses to thwart an active investigation into a terrorist attack that claimed the lives of fourteen fellow citizens. If Apple wants to be the official smartphone of terrorists and criminals, there will be a consequence."

Montgomery went on to state that "Apple's refusal to cooperate with a legitimate law enforcement investigation to unlock a phone used by terrorists puts Apple on the side of terrorists instead of on the side of public safety. Positioning their refusal to cooperate as having anything to do with privacy interests is a corporate PR stunt and ignores the 4th Amendment protections afforded by our Constitution."

Prosecutors have routinely sought and obtained valid search warrants to unlock encrypted smartphones, including iPhones sold prior to the release of the iPhone 7. The evidence obtained in these searches has proven critical to the investigation and prosecution of defendants charged with drug trafficking, sexual exploitation, murder and other serious offenses. Montgomery characterized the current impasse as deliberate indifference on the part of Apple.

"If the potential for unauthorized access to an encryption key is truly motivating Apple's unwillingness to assist in downloading information from specific iPhones, then let's define the problem in those terms and work on that concern. Otherwise, Apple is proving indifferent to the need for evidence to hold people accountable who have harmed or intend to harm fellow citizens."

It was in that report where we also noted that Attorney General Loretta Lynch stated that "It's a long-standing principle in our justice system that if an independent judge finds reason to believe that a certain item contains evidence of a crime, then that judge can authorize the government to conduct a limited search for that evidence. And if the government needs the assistance of third parties to ensure that search is actually conducted, judges all over the country and on the Supreme Court have said that those parties must assist if it is reasonably within their power to do so.

At the end of the day, is the action taken by Maricopa County Attorney's Office a one-off knee-jerk reaction to Apple's actions or is this the beginning of a government trend to follow? With Apple assisting the government with their fight against ISIS, I rather doubt much will come of this beyond Arizona. Then again, it may depend on how nasty the battle between the government and Apple gets over the fight to open the San Bernardino iPhone - and only time will tell how that will eventually play out.

About Making Comments on our Site: Patently Apple reserves the right to post, dismiss or edit any comments. Comments are reviewed daily from 4am to 6pm PST and sporadically over the weekend. SOURCE: CNN