Today, the U.S. Patent and Trademark Office published a patent application from Apple that reveals a new curved light image sensor that promises to provide a thinner camera profile on devices. Today, the backside cameras on the iPhone 6 and 6s models annoyingly protrude. Today's invention is designed to use fewer components that will deliver a lower profile design. A recent MacRumors report noted that "On the iPhone 7, the camera is said to sit flush with the rear casing, enabled by a thinner camera module." 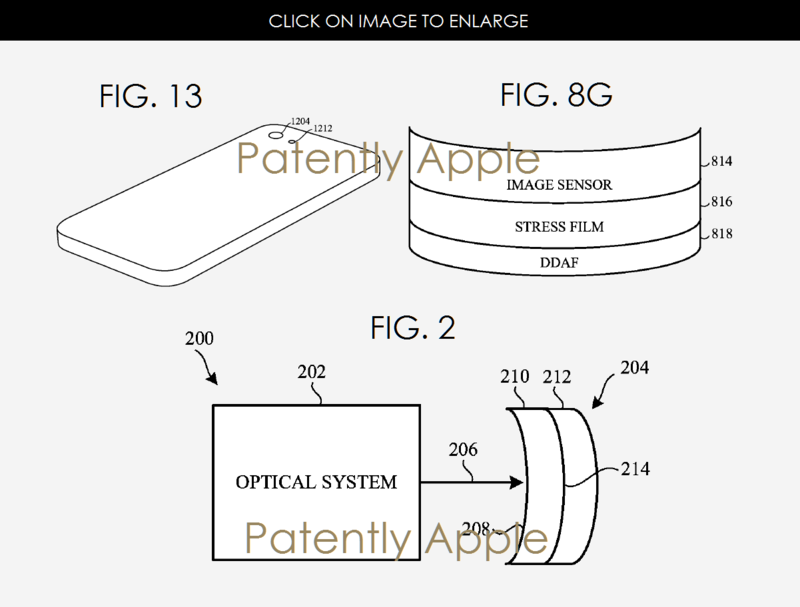