Apple to Open Innovation Center in Hyderabad India this Summer 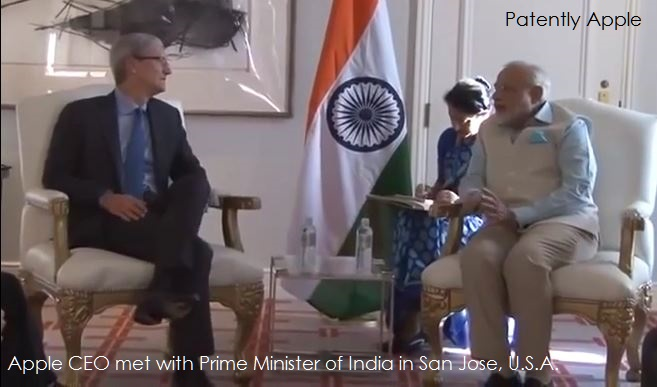 Back in March 2015 we posted a report titled "Apple Considering a Technology Development Center in India." We noted in that report "that Bob Kupbens, a former executive with US retailer Target and Delta Air Lines, who is now a vice-president at Apple Online Retail, was the man evaluating the options. Today we're learning that Apple is indeed likely to open a new innovation center in Hyderabad India by sometime this summer.

ZDNet reported late yesterday that the new centre will be built on 250,000 square feet of land in the real estate firm Tishman Speyer's WaveRock facility at Hyderabad's IT corridor at a cost of $25 million (150 crore rupees). It is anticipated to create 4,500 jobs for locals. It plans to develop maps and make them available in its iPhones and Mac systems.

Google CEO Sundar Pichai, during his visit to India in December last year, announced that his company will open South Asia's biggest campus, and Google's only campus outside its headquarters in the US, in Hyderabad in the next few years.

Telangana State Technology Services managing director GT Venkateshwar Rao said that Apple's decision will certainly give a boost to the city's image as a technology hub.

This positive revelation comes on the heels of news that Apple will begin building flagship Apple Stores in India later this year, likely in time for sales of the new iPhone 7. Last week we reported that India now has the second largest smartphone user base in the world.

Apple's CEO Tim Cook noted the following during Apple's most recent financial conference call: "I think of the China age being young, at 36, 37 and so 27 (median age in India) is unbelievable. Almost half the people in India are below 25. And so I see the demographics there also being incredibly great for a consumer brand and for people who really want the best products."