Apple Remains Fortune's Most Admired Company in the World

Today, Fortune listed the top 100 'Most Admired Companies in the World' for 2015 and Apple came in at number one, a position they've held for nine years consecutively. Fortune notes that "There's a new AAA standard in corporate America: the one-two three punch of Apple, Alphabet, and Amazon. For the fourth time, our list of the World's Most Admired Companies Top 50 All-Stars is led by a trio of tech giants under 40 years old." 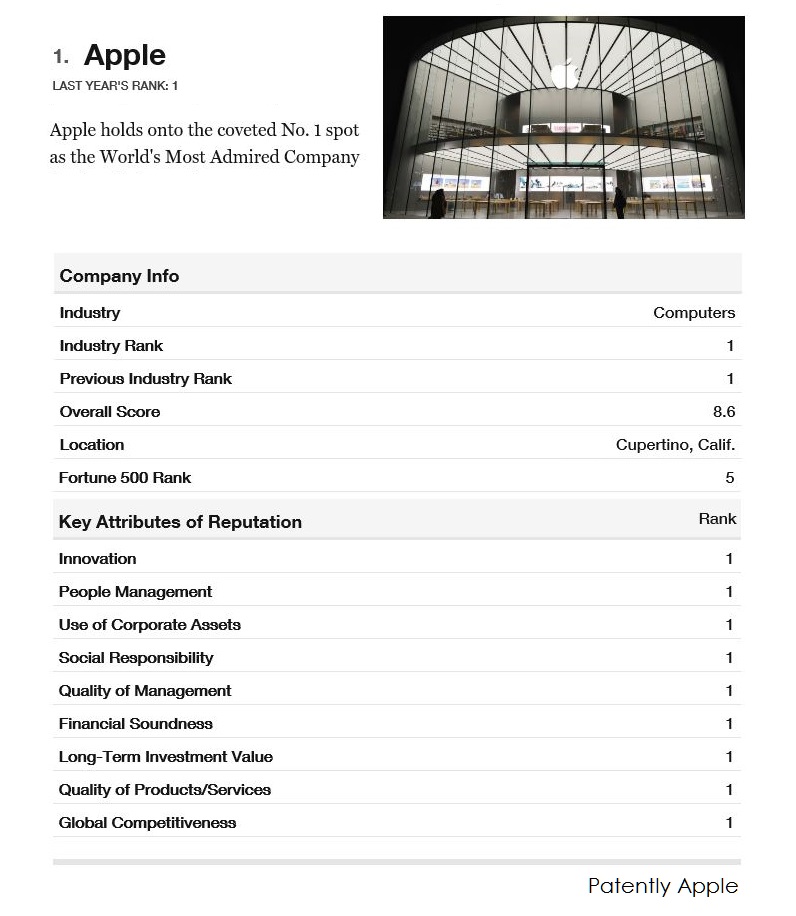 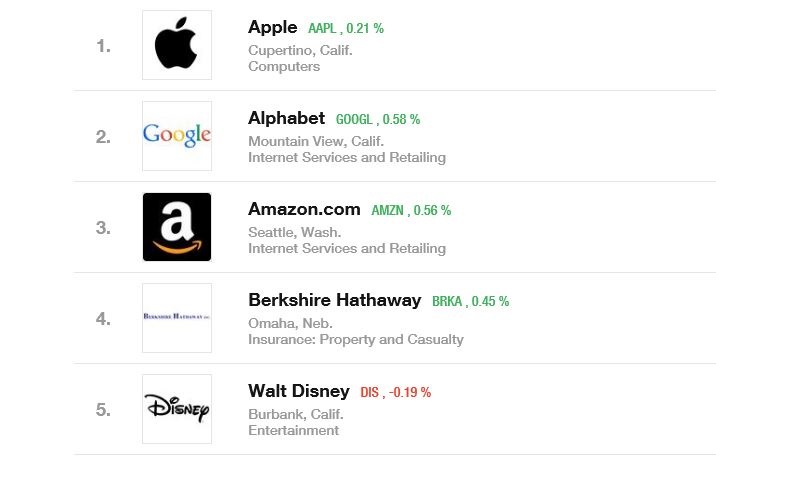 Rounding out the top 10 Most Admired Companies in the World, in order of #6-10 are: Starbucks, Southwest Airlines, FedEx, Nike and General Electric – the surprise to Silicon Valley nerds.