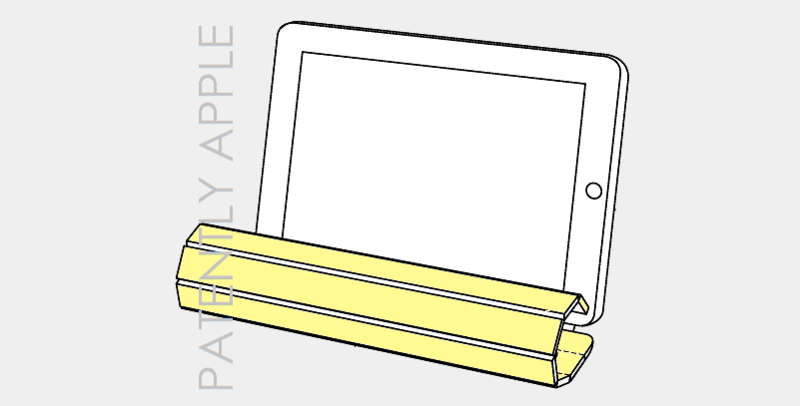 Over the years Patently Apple has covered patents pointing to future iPad covers doubling as a keyboard just like the one for the iPad Pro (see one and two) and today, the U.S. Patent and Trademark Office published a new patent application from Apple that reveals yet another iPad cover keyboard design under the title "Fabric Keyboard." The new fabric keyboard design will add illuminated keys and more. 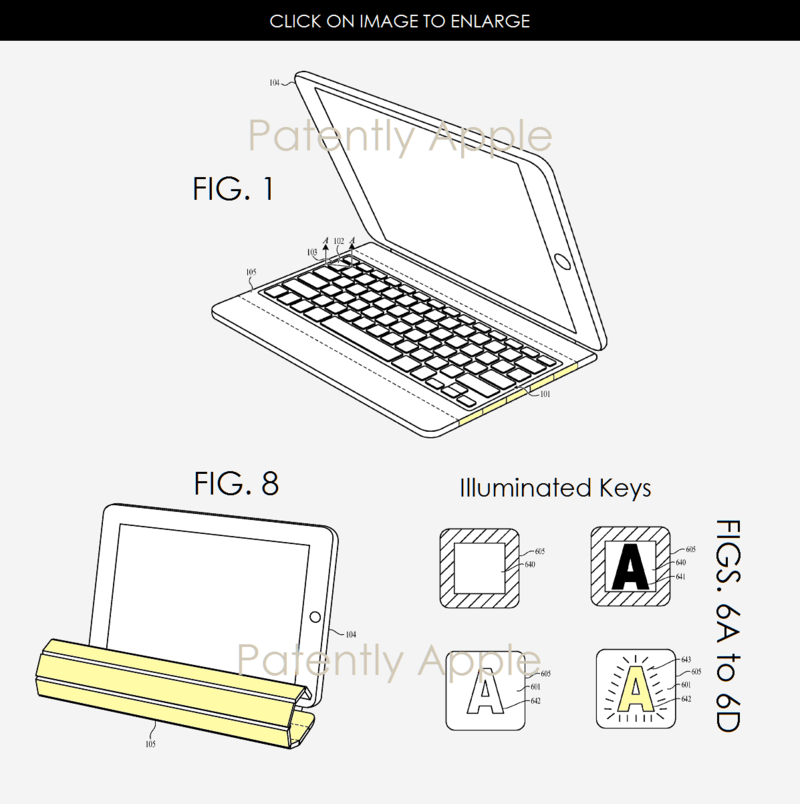 Apple's Fabric Keyboard invention covers systems, apparatuses, and methods related to fabric input devices such as fabric keyboards. An input device including keys that move within apertures of a frame may be covered by a fabric bonded to the keys and frame. The fabric may dampen sound from within the input device and form a barrier that restricts passage of contaminants.

In our graphic above you can see FIGS. 6A-6D that illustrate a first example of assembly of an individual key that may be backlit by an illuminator. In FIG. 8 we're able to that the cover #105 and flexible keyboard 101 can be rolled up unlike the iPad Pro's Smart Keyboard.

While Apple notes in their filing that the main design of this invention relates to a fabric keyboard for an iPad, Apple leaves the door open for the idea to be used in different ways with different future products. More specifically, Apple points to the fabric keyboard invention possibly applying to a jacket, pants, purse, bag, and so on) or other accessory may include a fabric input device with a number of fabric covered buttons (such as five or other numbers of fabric covered buttons) that is operable to wirelessly communicate with an electronic device such as the iPhone stored in a pocket or compartment of (and/or otherwise proximate to) the item of apparel.