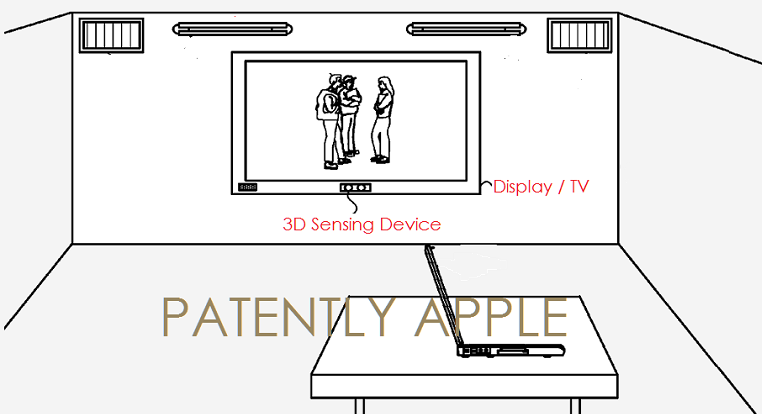 When Apple acquired Israeli firm PrimeSense, they inherited a wealth of 3D depth related patents. Many can be explored in our 3D archives. Today, the U.S. Patent and Trademark Office published yet another patent application from Apple from the PrimeSense team titled "Sessionless Pointing User Interface." Apple's invention relates to user interfaces for computerized systems, and specifically to user interfaces that are based on three-dimensional sensing.

Apple's invention covers a method including receiving, by a computer, a sequence of three-dimensional maps containing at least a hand of a user of the computer, identifying, in the maps, a device coupled to the computer, analyzing the maps to detect a gesture performed by the user toward the device, and actuating the device responsively to the gesture.

Simply put, a user could be facing their MacBook in the living room and with a simple in-air gesture is able to transfer the content on their display to their TV. Think of it as a hand gesture for AirPlay. 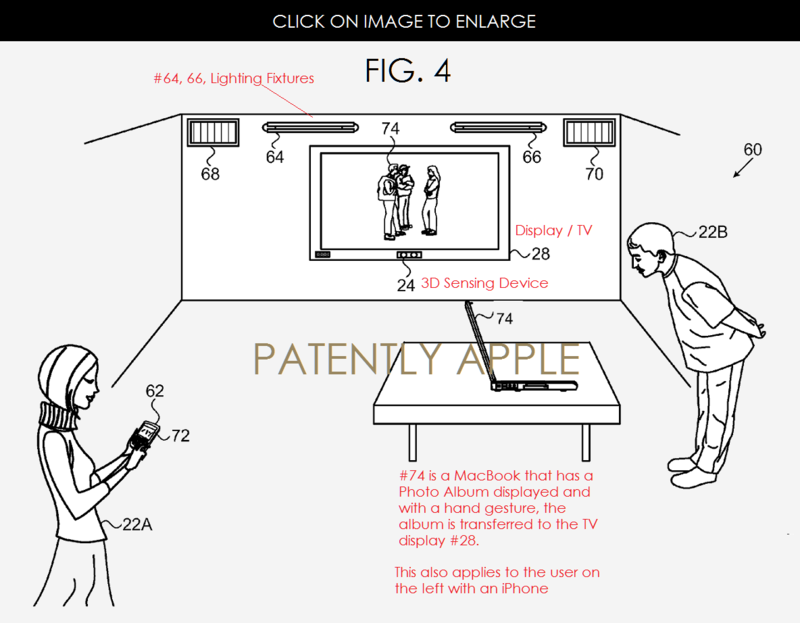 Apple's patent FIG. 2 is a flow diagram that schematically illustrates a method of using a gesture to actuate a device coupled to the computer; Apple's patent FIG. 3 below is a schematic pictorial illustration of a first scene comprising a user interacting with the SPUI (Sessionless Pointing User Interface ). 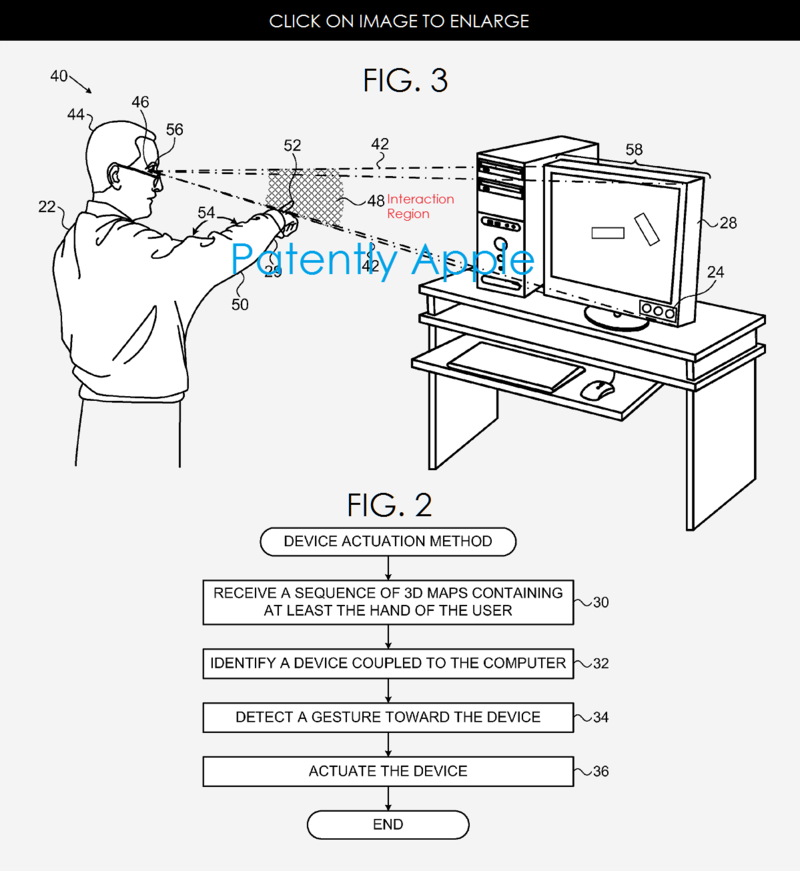 The system goes far beyond just computer devices. The invention also covers the future of home automation whereby smart devices and home features will acknowledge hand gestures. In patent figure 4 above, the scenario also covers that the user could make a hand gesture to open or close home vents, control lighting and so forth.

Apple's invention further notes that along with the user being able to execute air-gestures to control a computer function, the computer can also learn to use gaze detection technology to better understand a user's commands.

Although the patent doesn't cover it, the fact is that Apple could be able to apply such a 'sessionless pointing user interface' in conjunction with a future 3D headset regarding Virtual Reality. A 3D interface could be seen through the glasses with in-air gesturing controlling the user interface. Below is an example of a projected 3D user interface concept as seen through a head mounted display or smart glasses. This is a patent figure taken from a recent Samsung patent application.

And while we're on the topic of PrimeSense technology being applied to a Head Mounted Display device or a VR Headset, another PrimeSense patent application was published today covering such a device as noted below using their 3D mapping technology here. We touched on this patent back in 2013 in our report titled "Take a Peek at a few Key PrimeSense Patent that Apple Gained."

The first Apple patent application noted above is that of 20160041623 that was filed in Q4 2015. References date this back to 2011. Considering that this is a patent application, the timing of such a product to market is unknown at this time.