Apple now has a great number of inventions on record regarding 3D mapping that could be used with future iDevices with dual cameras thanks to PrimeSense. 3D mapping supports in-air gesturing that could work with future augmented reality applications or video headset. It could be used for next-gen 3D photography and videography. Today, the U.S. Patent and Trademark Office published a patent application from Apple that reveals an alternative method to 3D mapping. The alternative system uses depth sequencing to cause one or more cameras to perform three-dimensional hand tracking.

Three dimensional hand tracking has many applications for the Human-computer Interaction (HCI) of the future. Many applications, e.g., touchless drawing, user interaction control, and sign language interaction, may benefit from the introduction of a robust hand tracking application that is able to find and track the three-dimensional location of hands throughout images in a video stream, as well as retain the identification (ID) of particular hands within the scene if there are multiple hands. More detailed applications of hand trackers, such as pose and gesture detections (e.g., by analyzing the positions of individual fingers on a hand) are also possible, but are not discussed in greater detail this patent filing. 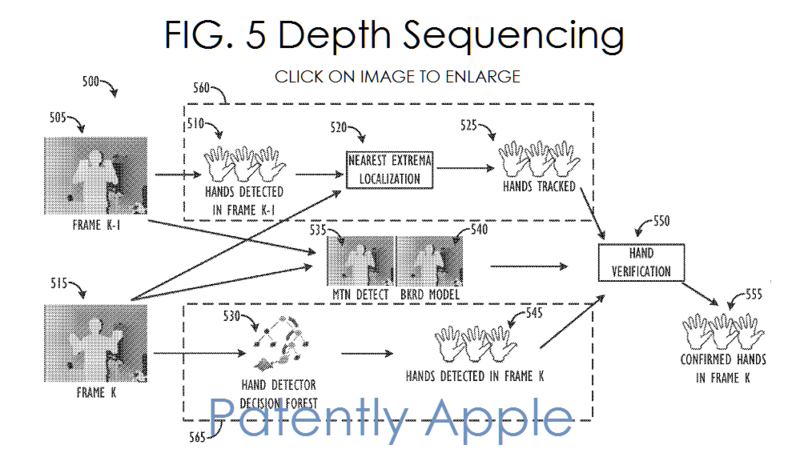 Apple patent application 20160048726 was filed in Q2 2015 with references dating back to 2014. You can review Apple's invention in more depth here. Considering that this is a patent application, the timing of such a product to market is unknown at this time.