The U.S. Patent and Trademark Office officially published a series of 50 newly granted patents for Apple Inc. today. In this particular report we cover Apple's granted patent for a "virtual camera for 3D maps." Back in December 2013 Apple had bombarded the U.S. Patent Office with 28 new mapping inventions and today's granted patent was one of the highlighted inventions. Apple's invention provides novel methods for generating and presenting immersive and non-immersive 3D map presentations for browsing and navigation. The patent covers Apple's turn-by-turn navigation and Flyover mapping features.

Apple notes that these 3D presentations are provided by an integrated mapping application that provides several useful modalities, such as location browsing, map searching, route identifying, and route navigation operations.

Apple's granted patent FIG. 3 presents a simplified example to illustrate the concept of a virtual camera. 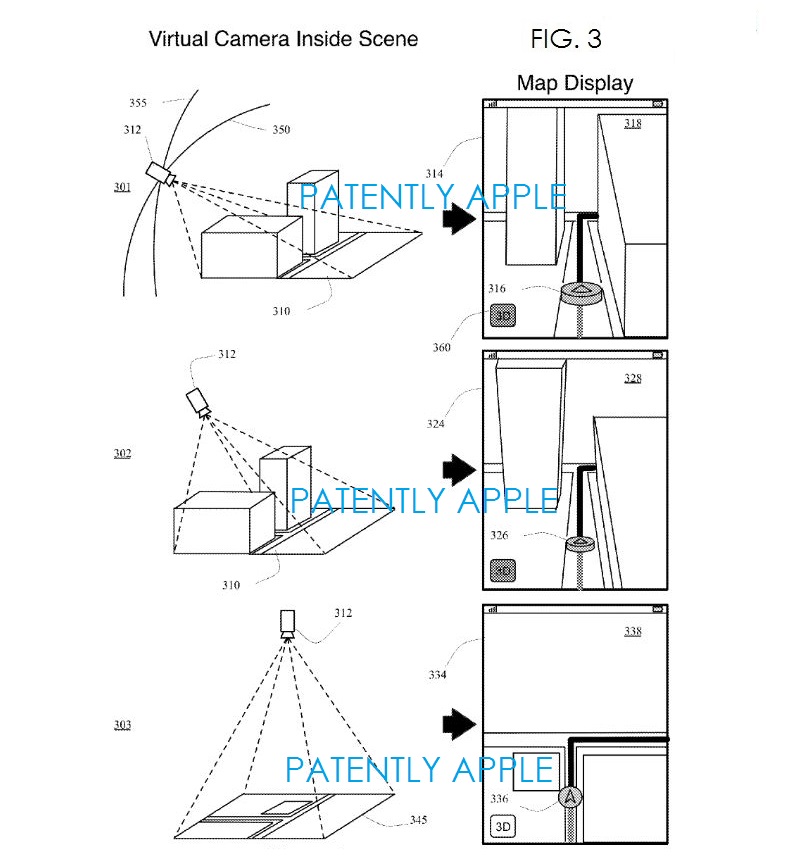 Apple's granted patent 9,269,178 was originally filed in Q3 2012 and published today by the US Patent and Trademark Office.