An Apple Grant of $500K worth of Macs, iPads and Apple TVs Landed in Salt Lake City School Today 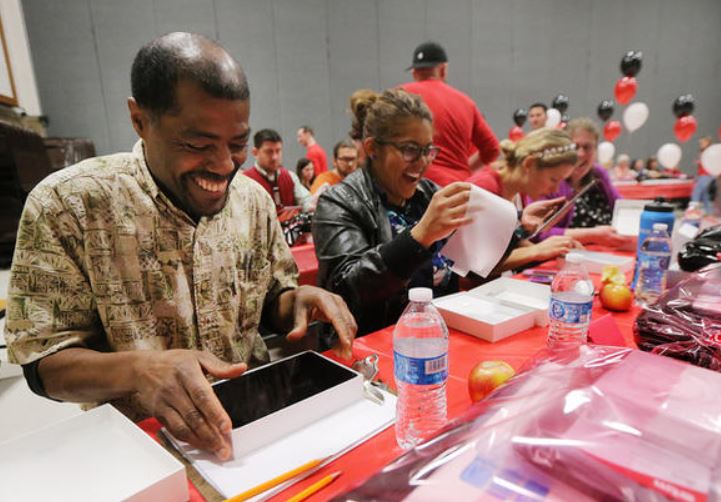 Jackson Elementary in Salt Lake City became the second school in the state Friday to receive a grant from Apple as part of the nationwide ConnectED program. The approximately $500,000 award will allow Jackson to provide technology for every student and teacher at the school, including Apple hardware, software and services. Noted in our cover graphic above are Jackson Elementary teachers William Ferrer and Alicia De Leon reacting to the new Apple Products arriving at their school today.

During the rollout event in the school gymnasium, representatives from Apple worked with teachers and staff to help them become familiar with the new hardware, which will include new laptops, tablets and Apple TVs in every classroom. The grant also provides support from Apple for three years, according to Deseret News.

Jackson Elementary Principal Jana Edward noted that "It's essential to find business partnerships to work with. In a state that has not funded education to the degree it needs to be funded, it behooves educational leaders to go out and find the resources."

The school that currently uses PC's, will now be able to provide students with the best of both worlds so that the children could be bilingual in technology as they are in learning both English and Spanish in school today. 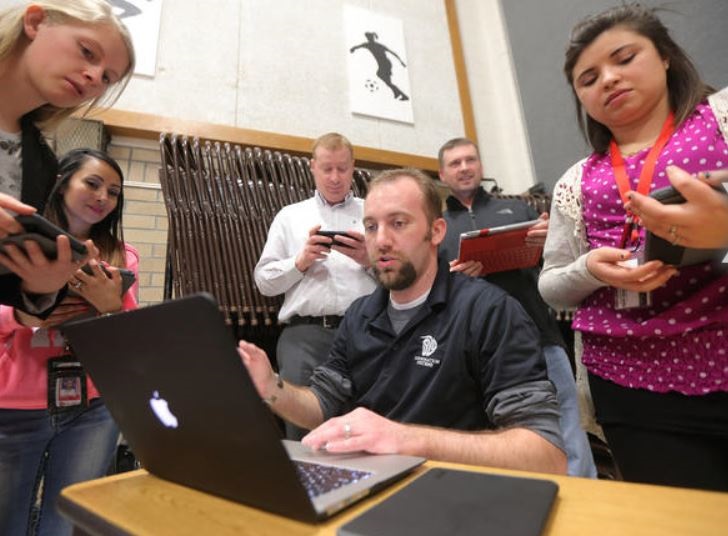 Noted above is Joshua Coffey of the Salt Lake School District helping teachers at Jackson Elementary get onto the computer network after they received their new Apple products. Noted below is Teacher Parker Ellison who is checking out a new iPad mini that arrived today. 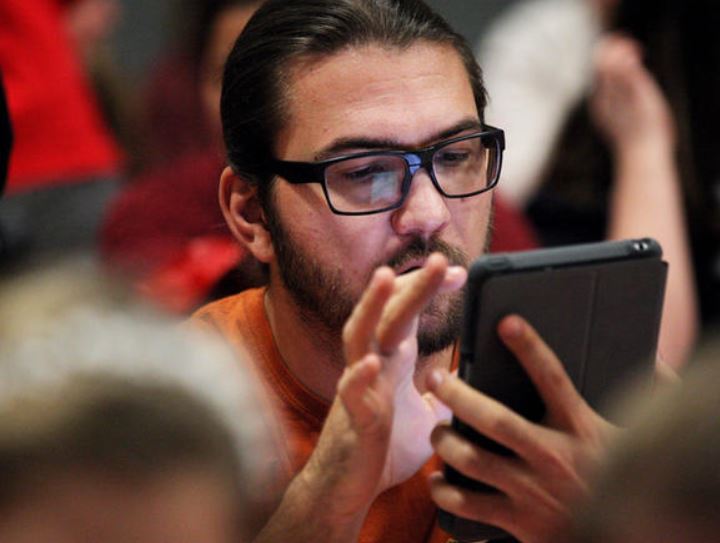