Home Archives Contact Us Subscribe Twitter Facebook MeWe Parler Patently Mobile
FBI Director: It's about the Victims – So Stop Saying that the World is Ending
Did LG Just Blow Google's Modular Smartphone Concept right out of the Water?

A Quick Overview of Some of the Stories that Exploded on the Web this Weekend on the FBI vs. Apple War 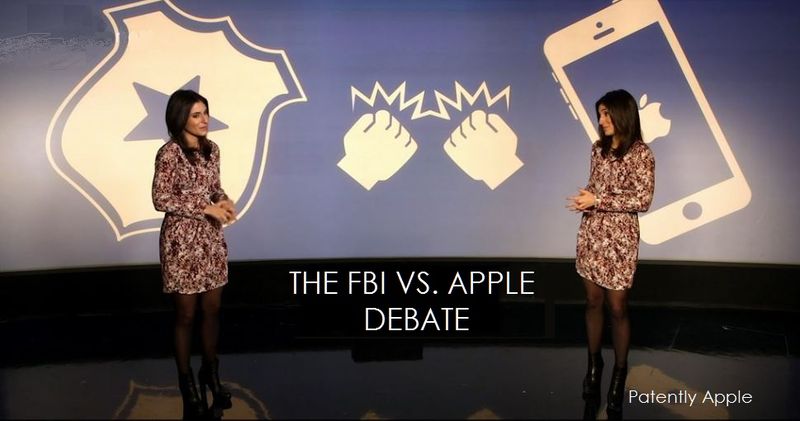 CNN Money published a short video breaking down the FBI vs. Apple debate in less than 3 minutes as noted below. Yet the news is coming in faster than can be rationally digested. So our report also provides you with an overview of some of the other major stories that broke this weekend from both sides of the aisle.

While the government and Apple are in court arguing over whether a company can be forced to help investigators open a terrorist's phone, they have offered different accounts of what may have happened to the phone used by Syed Rizwan Farook, what can still be retrieved, and how.

Apple's executives suggest the Federal Bureau of Investigation may have botched the attempt to get data from the phone by resetting a password prematurely. The FBI strongly disputes that, suggesting Apple is relying on false technical arguments to protect its marketing strategy.

The FBI took the unusual step of releasing a statement at midnight Saturday laying out its technical argument, while Apple attorney Ted Olson spoke Sunday on ABC's 'This Week.'

Mr. Olson said that "This is an extremely important debate about privacy, civil liberties and so forth. Apple has helped the FBI in this investigation and in every way the law required. But it has to draw the line at recreating code, changing its iPhone, putting its engineers and creative talents to destroy the iPhone as it exists."

In an another WSJ report they note that "Apple Inc. renewed its defense for why it has refused to help law enforcement unlock the phone of a shooter in the San Bernardino terror attack, and suggested the government form a commission to address the thorny problems posed by the growing use of encryption.

In an email to employees from Apple Chief Executive Tim Cook and a series of questions-and-answers posted on its website, the company urged prosecutors to withdraw their demand that Apple help unlock the iPhone of Syed Rizwan Farook.

Apple said it would 'gladly participate' in a group of experts in intelligence, technology and civil liberties to discuss "the implications for law enforcement, national security, privacy and personal freedoms" of digital-security techniques."

While what Apple is proposing is about a process over time, the FBI presses and focuses on this one case before the larger battle rages on in Congress and the courts. FBI director Comey noted on Sunday morning that "We can't look the survivors in the eye, or ourselves in the mirror, if we don't follow this lead," now.

Apple's CEO knows that they're winning the battle with techies but might be losing the war of public opinion that has no tolerance for terrorists. The ever popular Presidential Candidate Donald Trump, who handily won the South Carolina primary on Saturday, has begun to slam Apple on the security issue. So Cook, in a letter to Apple Staff seen by The Telegraph, Cook noted that "Apple had no tolerance or sympathy for terrorists."

One of the most in-depth articles published this weekend titled "How the U.S. Fights Encryption—and Also Helps Develop It," is worth a read when you have the time because it has some meat on its bones and shows us that beyond Apple, there are tools out in the public that terrorists could use without needing to rely on Apple.

The report further notes that "Agencies are developing encryption tools for secure communications, even as the FBI battles for access to an encrypted iPhone. Researchers in London last year discovered an online jihadi handbook with instructions on sending encrypted instant messages that would be indecipherable to law enforcement. The tools it recommended—ChatSecure and Cryptocat—are popular throughout the Middle East, making them easily available to extremists from that part of the world. ChatSecure is free, simple to use and can be downloaded to smartphones. Users only need to install it and connect with a contact. Their messages are instantly encrypted.

They were also developed largely with money from the U.S. government. For more on this report, click here. The WSJ added a series of slide on the basics of Encryption as noted below. 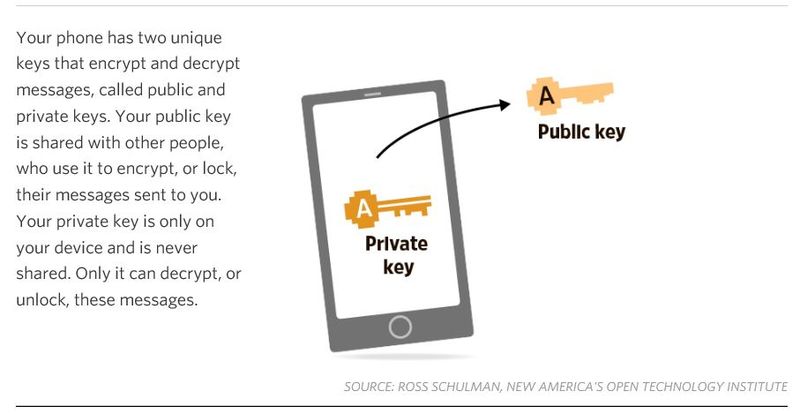 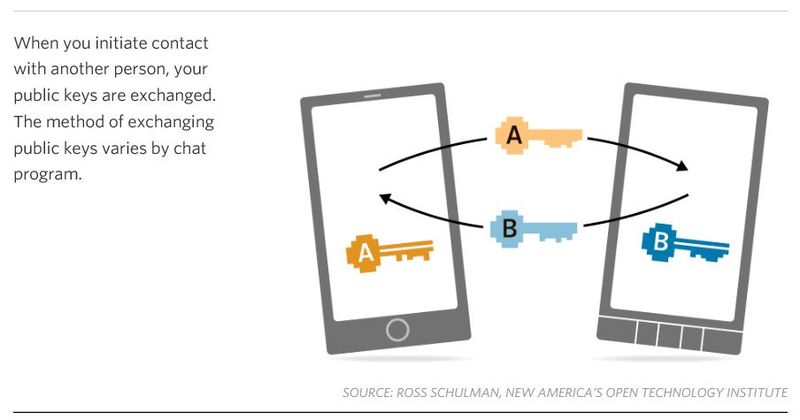 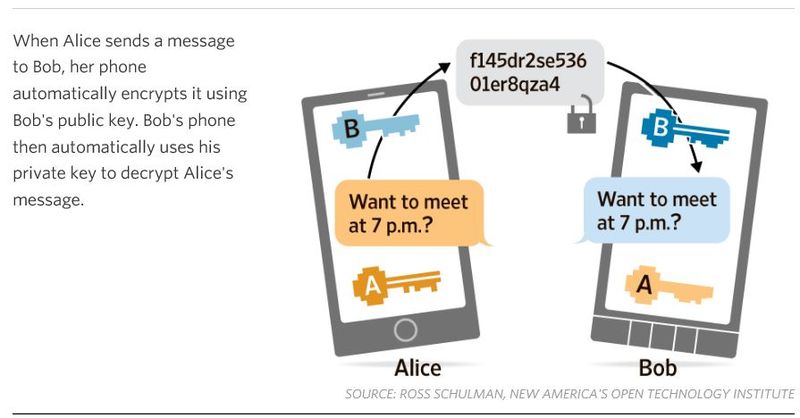 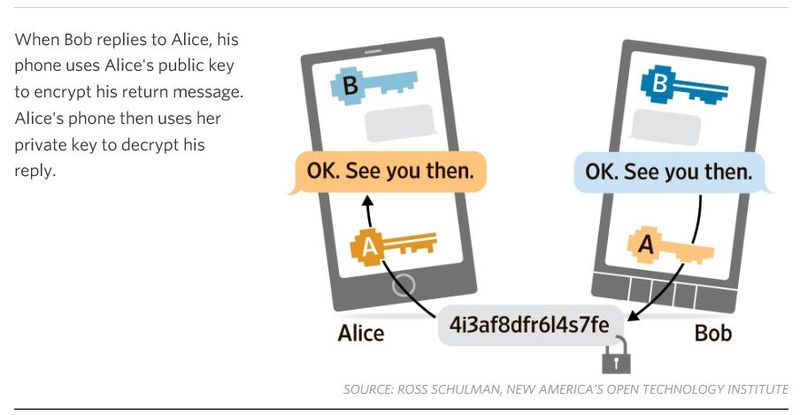 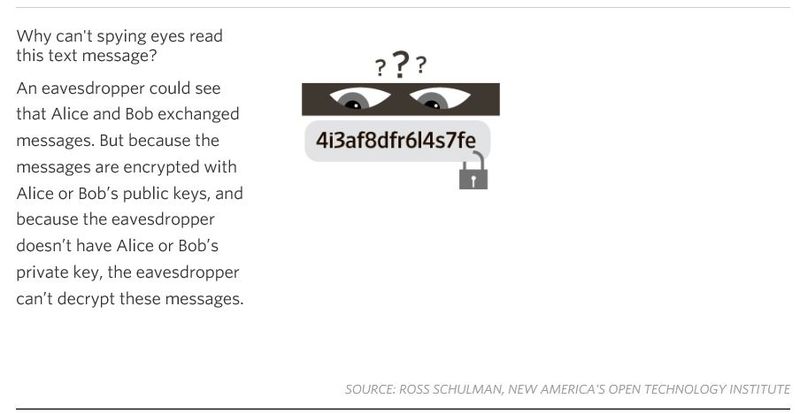