Will Google Dethrone Apple as the Most Valuable Company in Silicon Valley in February?

We all know that Apple has been considered the world’s most valuable company since 2013 when it surpassed Exxon Mobil in market capitalization, but that status might be threatened in the coming days ahead by Alphabet, Google’s new parent company, a new report suggests.

With a market cap of $542.5 billion, Apple still has a $47 billion lead over its rival. But with earnings on the horizon—Apple is set to report its results on Jan. 26 and Alphabet on Feb. 1—it's possible a new company might end up at the top. 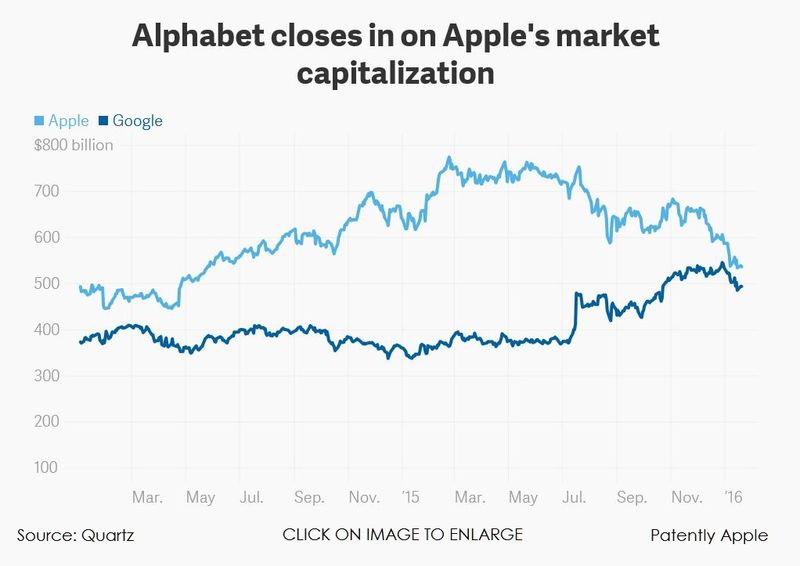 That scenario would likely depend on an earnings miss from Apple and better-than-expected results from Alphabet. How likely is that?

While gaining $50 billion in value is no small feat, recall that Google had one of the best days in Wall Street history this past July—adding $60 billion to its market cap in a single day—on the heels of a bright earnings report that beat analysts' expectations. If Alphabet pulls through with another quarter of gangbusters earnings, there very well might be a new name atop the list of the world's most valuable companies.

While Quartz thinks it's a long shot at best, I have to admit that it's a race that I and many will be watching closely until we finally get a clear verdict.