Today the U.S. Patent and Trademark Office officially published a newly granted patent for Samsung that relates to an exotic smartphone design based on a metal roll frame with a slide out flexible display. This past November we posted a report titled "Interesting Samsung Smartphone Concept Form Factors Surface in New Patent Filing," wherein this scroll styled smartphone was highlighted. It's evident that Samsung is quite serious about this form factor as they now have several patents supporting it. It's a basic design that has been seen in Sci-Fi TV shows like Earth Final Conflict for years. Whether such a high-fashion smartphone would be able to make a dent in today's smartphone market and particularly against rivals such as Apple is unknown at this time. For more on this patent see our full report here. 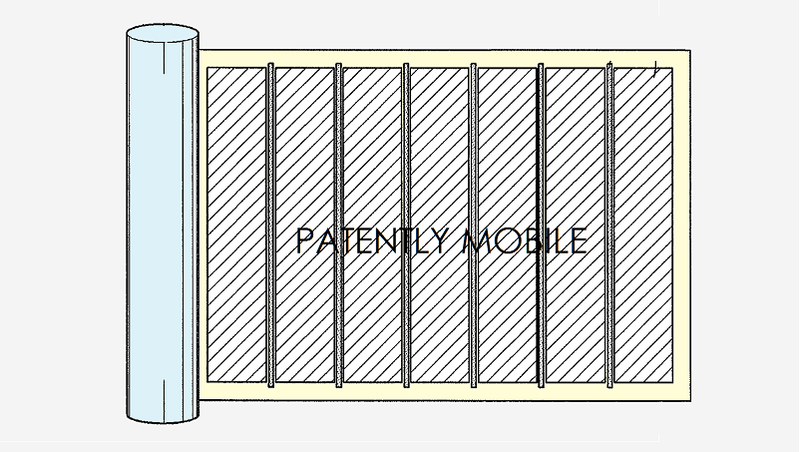