Today, the U.S. Patent and Trademark Office published a series of four patent applications from Apple that reveal the interworkings of the original Apple Watch invention that relates to their 'raise gesture.' The new gesture, which was specifically designed for the Apple Watch, activates the watch's interface for users when they raise their arm to view the time and automatically turns it off when the interface detects the lowering of the user's arm.

Apple's filing notes that anyone who has ever worn a wristwatch is familiar with the gesture of raising and/or rotating a wrist to check the time. For wristwatch-wearers, raising the wrist quickly becomes a natural, automatic motion. But this natural motion only works in a conventional wristwatch because the watch face is "always on," so that all the user has to do to see the displayed information (generally the time) is to bring the watch face into the line of sight. In a more advanced electronic device, such as a wearable computing device, however, an always-on display can limit the battery life to the point of interfering with ordinary all-day wearing of the device.

Accordingly, Apple developed the 'raise gesture' for their new Apple Watch which can be defined as a motion pattern indicating that the user is moving or has moved the device's display into his line of sight. In response to detecting such a gesture, the device can activate its display and/or other components (e.g., a touch screen overlay, speech-processing subsystem, or the like). In some embodiments, the detection of a raise gesture can occur in stages, and activation of different components can occur at different stages. 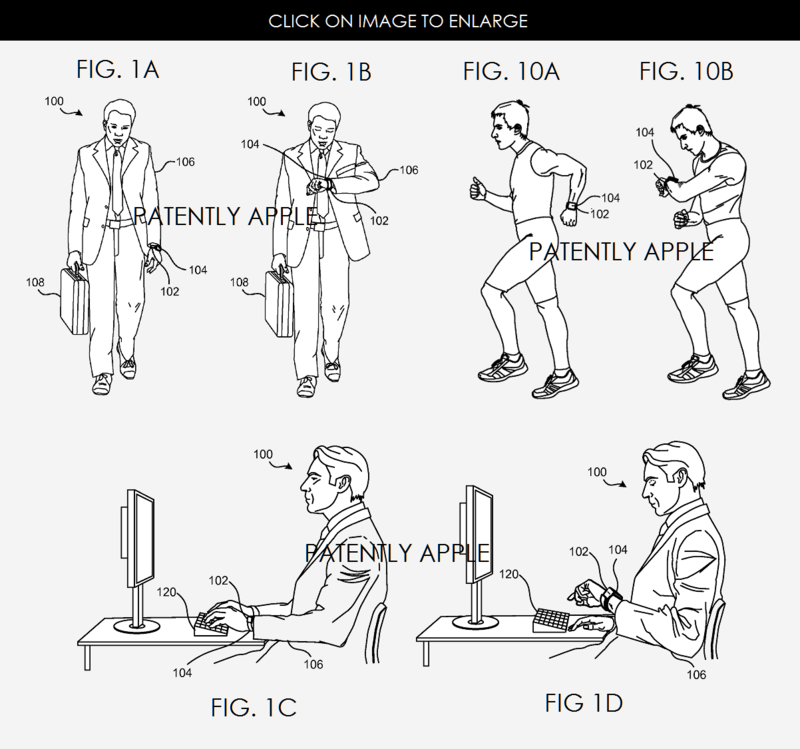 Apple's patent figures 1A/B and 1C/D are examples of the Apple Watch 'raise gesture.' In Apple's FIGS. 10A and 10B we're able to see that the gesture extends to athletes working out. Apple's patent FIG. 3 noted below shows an example of a device-relative coordinate system for Apple Watch. 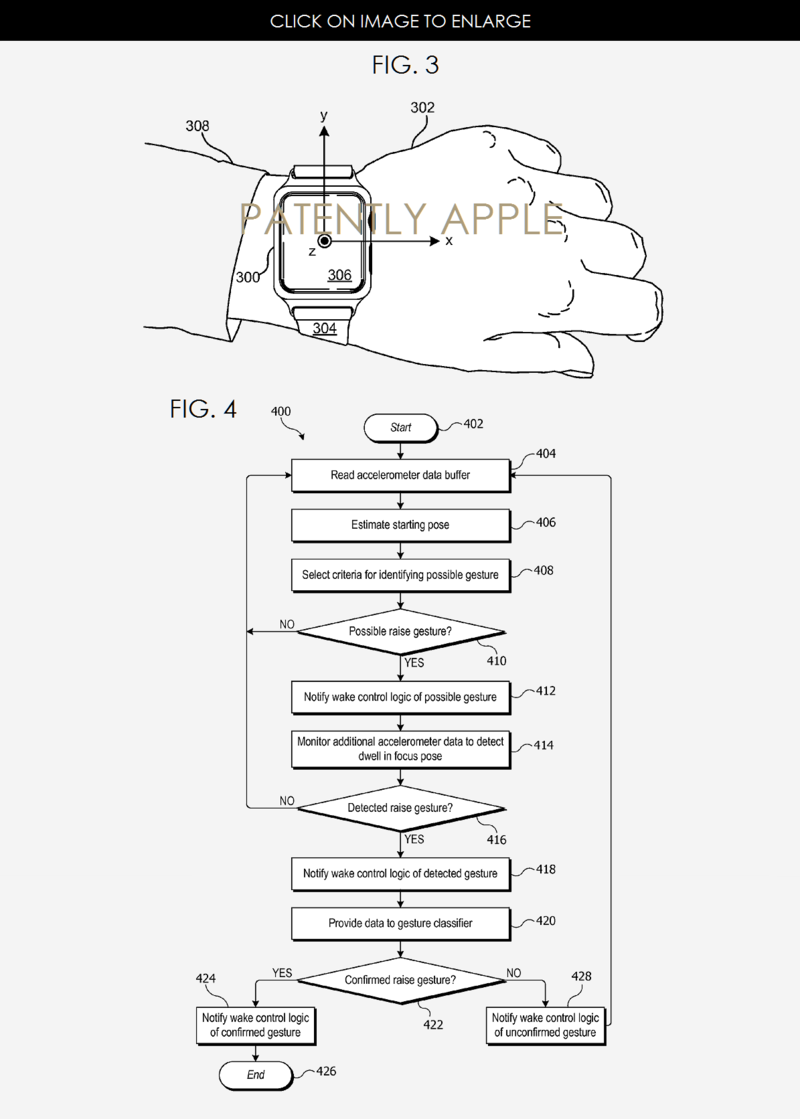 For more details on this Apple Watch invention, see Apple patent application 20160018900 titled "WAKING A DEVICE IN RESPONSE TO USER GESTURES". Apple's patent application was filed in July 2015 Q2 2014 with references to a 2014 filing.

Apple's invention was published over a series of four patent filings. The remaining three are noted below:

RAISE GESTURE DETECTION IN A DEVICE WITH PREHEATING OF A PROCESSOR

RAISE GESTURE DETECTION IN A DEVICE

DETECTING LOSS OF USER FOCUS IN A DEVICE