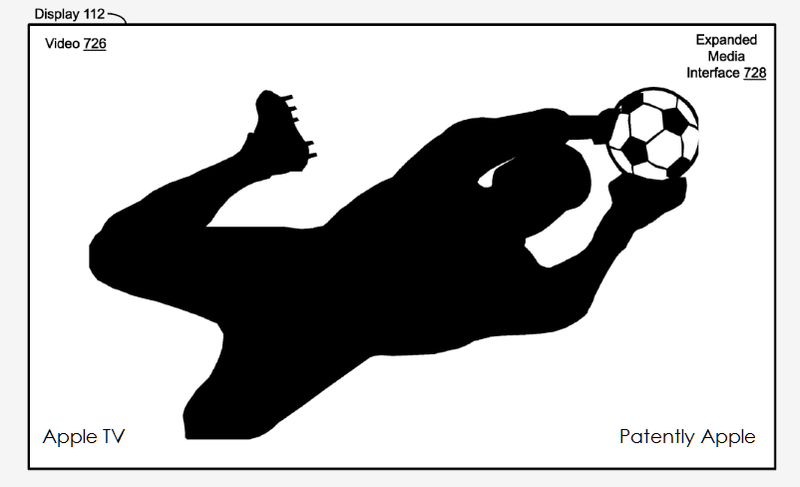 Last week the US Patent and Trademark Office failed to publish any patents on New Year's Eve without excuse or reasoning. Now that the holidays are behind us, the Patent Office remains behind schedule. Patently Apple was first to discover one of Apple's more interesting patent filings in-part that surfaced in Europe today which will be made public in the US later this week. Apple's patent application relates to controlling television interactions using Siri, Apple's virtual assistant that was introduced this past Fall as part of the updated Apple TV with Siri Remote product. Today's noted patent application goes beyond the current Apple TV offering by describing the delivery of Live TV, being able to record TV programming and more.

Further into Apple's filing they noted that in some examples, television set-top box #104 (as noted in FIG.1 below) can function as a media control center for multiple types and sources of media content. For example, the television set-top/Apple TV can facilitate user access to live television (e.g., over-the-air, satellite, or cable television). As such, Apple TV will be able to include cable tuners, satellite tuners, or the like. 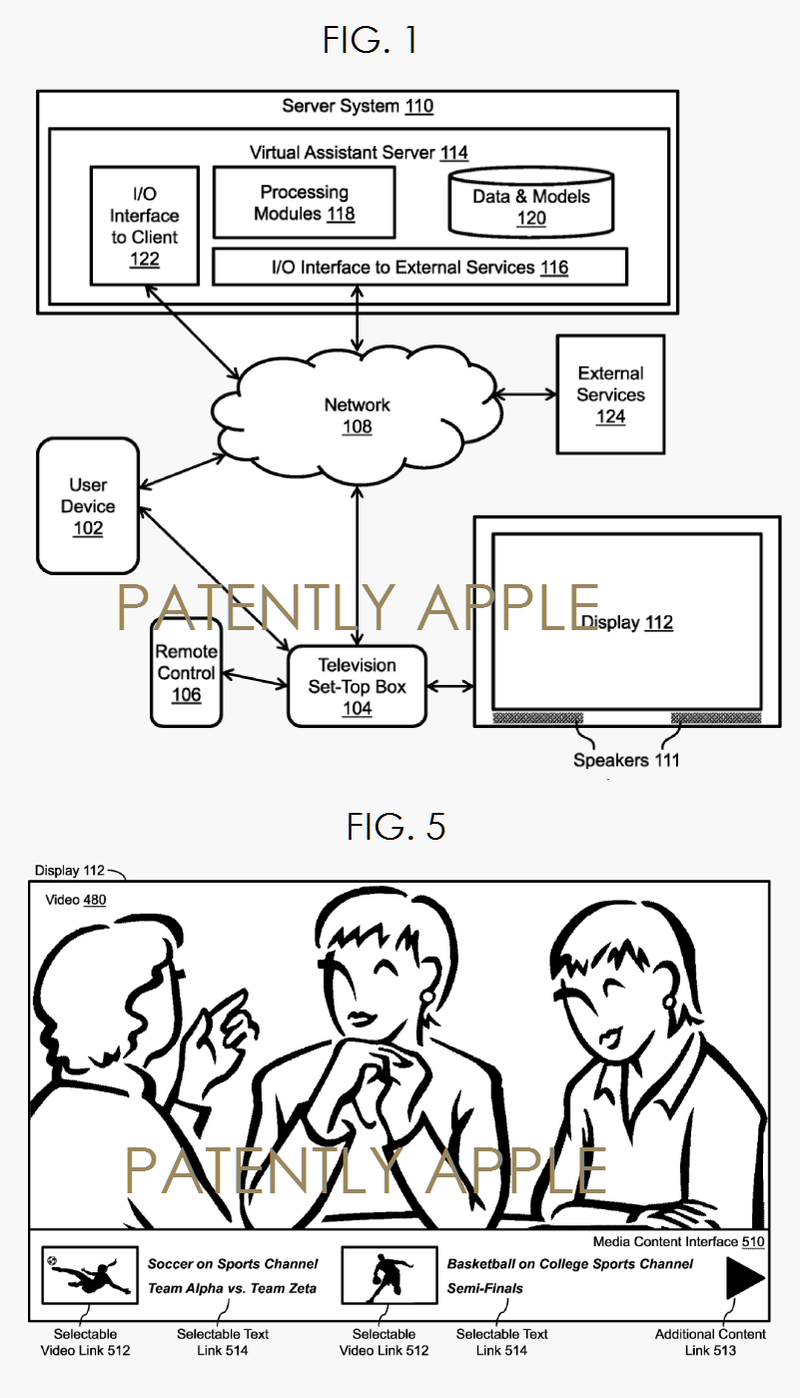 In other examples, Apple notes that links can be selected using voice commands to the virtual assistant (e.g., watch that soccer game, show details about the basketball game, etc.). Selectable video links #512 of FIG. 5 above can include still or moving images and can be selectable to cause playback of the associated video.

Apple patent application 20150382047 was originally filed in Q2 2014 and published in Europe today. Considering that this is a patent application, the timing of certain advancements to Apple TV to market is unknown at this time. The US Patent and Trademark Office should have this patent filing available in the coming days ahead.