Is Wall St. Transitioning Apple from a Growth to a Value Stock?

A new report claims that Major U.S. growth mutual funds have been among the largest sellers of Apple shares over the past six months, fueling speculation that the company's days of supercharged growth have come to an end.

Amid concerns that iPhone sales may be set to drop, the $77.3 billion American Funds Capital World Growth & Income Fund has sold all of its 1.7 million Apple shares since the end of June, according to Lipper data. The $9.3 billion Hartford Capital Appreciation Fund sold 1.4 million shares over the same period, reducing its position by 91 percent. The Fidelity, American Fund Capital and Hartford Capital growth funds were among the ten largest sellers of Apple over the last six months of 2015.

The selling of Apple stock by growth-oriented managers, who seek higher returns from fast-expanding companies, pushes Apple further toward being a so-called value stock – more appealing for its balance sheet or cash than its growth prospects.

Investors see Wall Street's expectations of fewer phone sales this year as a reflection of a maturing U.S. smartphone market and the economic slowdown in China, where Apple has been deriving most of its growth.

The transition of Apple to more of a value than a growth investment is well underway at funds giant Fidelity. Its growth-oriented Fidelity Capital Appreciation fund has sold all of its 2.48 million Apple shares since June, according to Lipper data. At the same time, the value-oriented Fidelity Series Equity-Income fund bought 1.05 million shares after having no previous stake, and making it one of the ten largest buyers in the second half of last year.

Companies that transition from growth to value stocks sometimes see share prices stagnate for long periods. Microsoft, a favorite during the late '90s tech bubble, fell below $40 per share in July 2000 and did not trade above that price again for almost 14 years.

Some investors are hoping that the biggest breakthrough product in Apple's future will be a car – possibly an electric vehicle. While the company has never fully acknowledged it has an automotive project, Elon Musk, Tesla Motors CEO, was quoted on Monday as saying that "it's an 'open secret' that Apple is building an electric car," adding that "It's pretty hard to hide something if you hire over 1,000 engineers to do it."

The Reuters report noted that "Overall, 41.4 percent of growth funds hold Apple, a decline from 47.2 percent at the end of 2012, according to Lipper. Apple is held by 20.1 percent of value funds, up from 13.9 percent over the same period."

So the transition of AAPL from being a growth stock to that of a value stock as noted by the Reuters article is occurring at a snail's pace because there's still the belief that Apple has the brain power and a solid base of customers to make the leap back to growth should the right product surface.

In September Apple's next-generation iPhone 7 will introduce another leap in power, design and features that is likely to put an end to all this doom and gloom that we've all hearing about as the New Year begins in turmoil. I mean just look at the Fox News headline below for today. 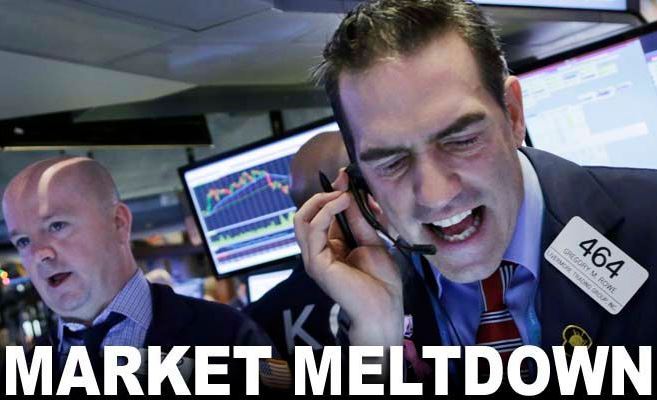 On January 7 we posted a report titled "The Sky isn't falling with Apple's Stock in the Midst of a Market Selloff Fed by China's Stock Market Troubles," and nothing has changed since then except for the noise getting a little louder. So is Apple (AAPL) going to be a value stock? Yes, someday it will, and the market is beginning to hedge a little. Yet at the end of the day, in my humble opinion, that's a long way off in the distance before it settles down into a being a typical value stock. But for those of you who are a little concerned about Apple's stock, be sure to tune in to their live financial conference call set for January 26 when you'll be able to hear from CEO Tim Cook and CFO Luca Maestri. It's here where Apple's executive will put Apple's financial numbers into proper perspective and shed some light and color for the year ahead.