For the Second Time this Month, Apple Plants in Ireland were Shut Down for Bomb Inspections 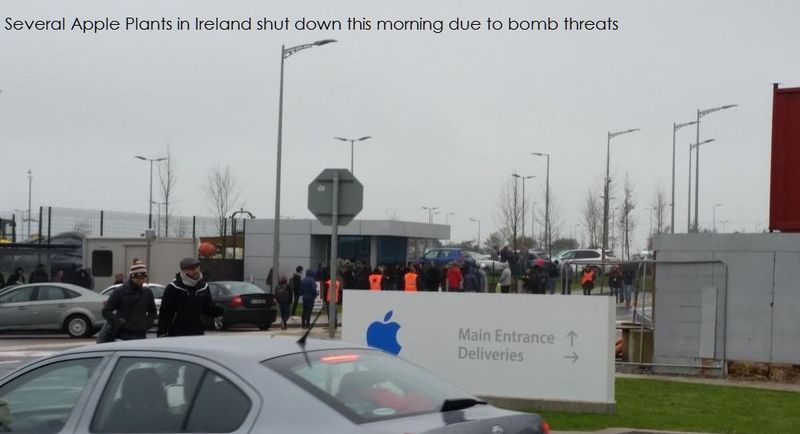 Irish news sites are abuzz this morning claiming that up to 4,000 workers have been evacuated from three different Apple plants in Cork amid a possible security threat. The police force in Ireland, referred to locally as the 'Garda Siochana', have confirmed that a number of plants have been evacuated.

It is understood that several threatening emails were received by the company. It is not clear whether the emails contained information regarding suspicious packages - however, the emails prompted the evacuation of a number of plants. It is also understood that the firm's premises on Lavitts Quay and Hollyhill are among those affected by the evacuation. The workers were allowed to return to work after the buildings were searched.

This is the second time this month that Apple had been threatened by bomb threats. The first threat took place last Wednesday, according to the Irish press.