A patent troll by the name of Meraloc LLC has filed a patent infringement lawsuit against Apple regarding the iPod's flash drive. Considering that this patent troll has only been in business for a little over a month, it was quite humorous to read Meraloc state that they've been damaged and continue to be damaged due to Apple's infringement of a patent that they've just acquired for the purposes of this suit.

The Accused Product includes an input device, such as a touch screen display, operable for providing input for managing files stored on the flash drive. For example, a user can use touch inputs on the Accused Product's screen to delete music files or add them to specific playlists." 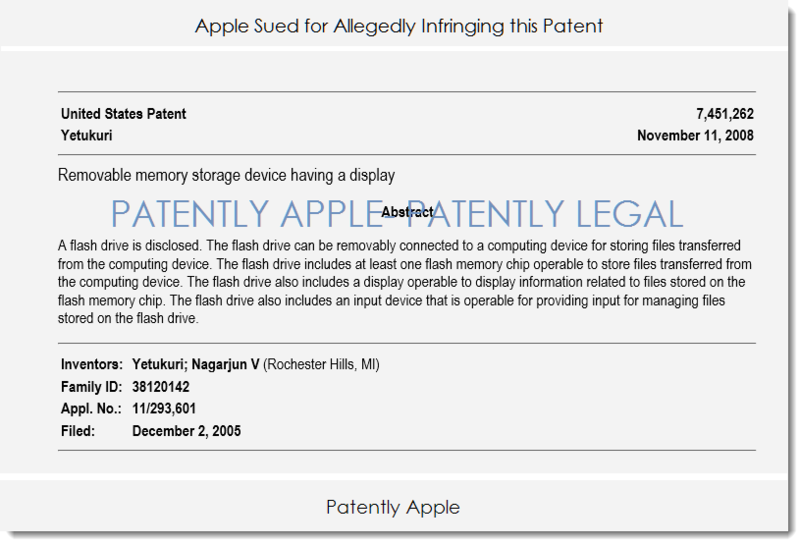 Meraloc alleges that Apple "has directly infringed and continues to directly infringe at least claims 1 and 5 of the 7,451,262 patent by making, using, importing, offering for sale, and/or selling the Accused Product through its website without authority in the United States, and will continue to do so unless enjoined by this Court."

last July we reported that Apple remained the number one target of patent trolls in 2015.