Apple's Impressive Growth in China Defied their Critics in 2015 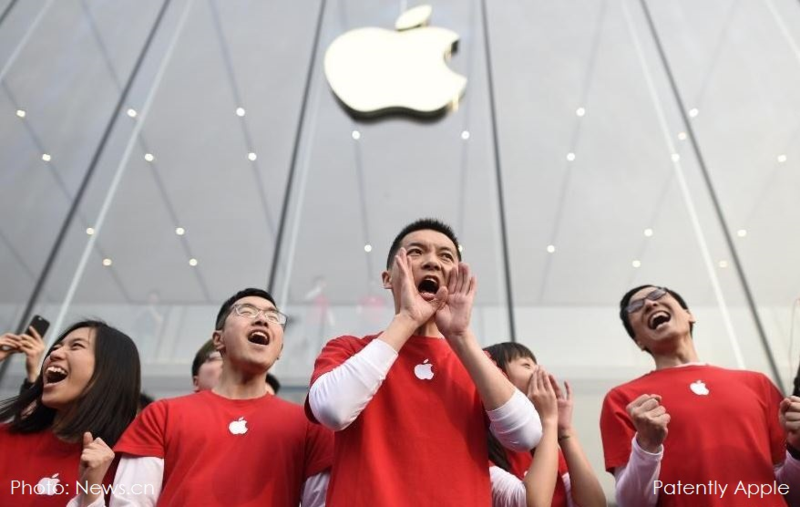 Apple's strategy for China has been working even when critics, and more importantly analysts, kept harping on rumors that the party was over for Apple in China. During this week's financial conference call, Apple's CEO Tim Cook addressed this issue head on. Cook stated that "We know that the conditions in China have been a source of concern for many investors. Last summer while many companies were experiencing weakness in their China based results, we were seeing just the opposite with incredible momentum for iPhone, Mac and App Store in particular. In the December quarter, despite the turbulent environment, we produced our best results ever in Greater China with revenue growing 14% over last year, 47% sequentially and 17% year-over-year in Constant Currency. These great results were fueled by our highest ever quarterly iPhone sales and record App Store performance."

This week Carolina Milanesi, Chief of Research & Head of US Business, ComTech, stated that "Much of the recent narrative about Apple has focused on the iPhone's performance in China versus the US, with industry observers wondering if Apple's success is sustainable, particularly given the current uncertain economic environment.

Yet in the last quarter of 2015, Apple returned to the top of China's smartphone vendor leader board with a share of 27%, displacing Huawei, now in second place at 24%."

Milanesi added that "Meanwhile, iOS was able to grow its share in 2015 to 23%, up from 17% in 2014 and 20% in 2013." Last year's iOS growth came from iPhone-6 mania that was in full bloom – so being able to grow iOS market share in a year with their mild 6s upgrade is really an impressive statistic.

During this week's conference call, Cook added that "Beyond the short term volatility, we remain very confident about the long term potential of the China market and the large opportunities ahead of us and we are maintaining our investment plans."

Cook later clarified during the conference's Q&A session that their investment plans included growing Apple's retail presence from the current 28 Apple Stores to 40 by the end of this summer, which is a very aggressive schedule by any measure. The increase in their retail footprint in 2015 directly related to their increase in their market position. So by adding 12 new flagship stores in China this year, the year of the iPhone 7, it's bound to help Apple maintain or grow their market position.

One of Cook's last points on China was to remind analysts that that Apple would be bringing their private and secure mobile payment experience to China and Hong Kong in the coming year.

While acknowledging that there was some weakness in Hong Kong in the last month of the quarter and that market volatility would be an ongoing pressure in 2016, Apple's expansion plans are likely to offset any further erosion in sales in the second half of the year, especially in light of their next-gen iPhone 7 arriving this fall and a new 4" iPhone model on the horizon that could be a favorite with many.

At the end of the day, Apple beat their cynical critics in 2015 fair and square when it came to their performance in China. And while the first half of 2016 will no doubt be a little rougher than we're used to seeing, by the end of the year Apple should be roaring back on track with their growth story in China, whether the critics believe it or not.