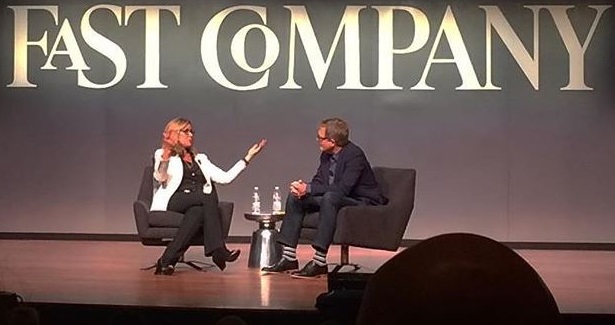 Angela Ahrendts was interviewed by Fast Company yesterday. In their report titled "Apple's Angela Ahrendts On What It Takes To Make Change Inside A Successful Business," they posed the question: Do the folks in the stores feel something similar to the folks in Cupertino—a shared pride in the company?

Angela Ahrendts response: "The thing I didn't know before I came in—a month in, I told my husband, "I now know why this is one of the most successful companies on the planet: Because the culture is so strong. The pride, the protection, the values." The company was built to change people's lives. That foundation, that service mentality, that drive to continue to change lives—that is a core value in the company. And Tim [Cook] then has added his on: He says it's also our responsibility to leave it better than we found it. So you have these two amazing pillars and a culture built around that. It's the same in retail and in [Cupertino]. That is the underlying mission, and how could you know that unless you're inside? But it is deeper than you would ever imagine." 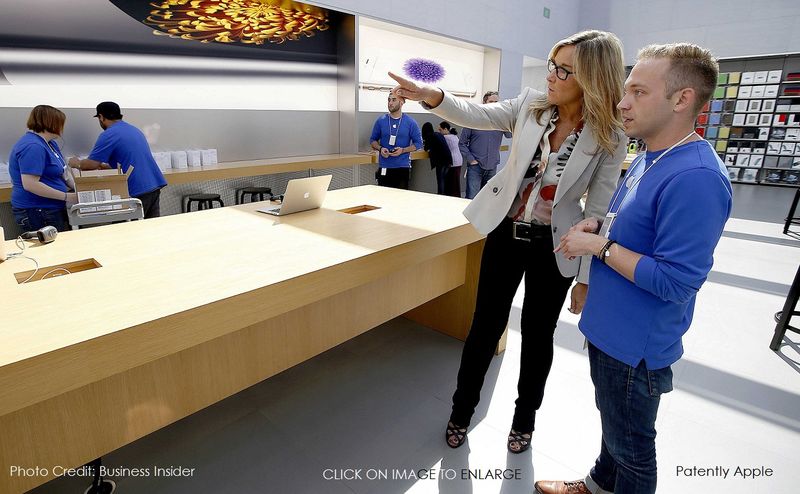 The other key point made in the interview came when Ahrendts stated that "We just ended the year with the highest retention rates we’ve ever had: 81%. And the feedback [from Apple Store employees is that it’s] because they feel connected. They feel like one Apple. They don’t feel like they’re just somebody over here working with customers. I don’t see them as retail employees. I see them as executives in the company who are touching the customers..." For rest of this story, read the full Fast Company interview here.