Apple to Extend Hardware Haptic Notifications through to MacBooks +

Hardware based haptics are common on your iPhone to alert you of an event like a new message or an alarm to wake you up. Today, the U.S. Patent and Trademark Office published a patent application from Apple that reveals that they may extend their haptic alert system through to future MacBooks and/or other devices (iMac, Kitchen appliances etc.). 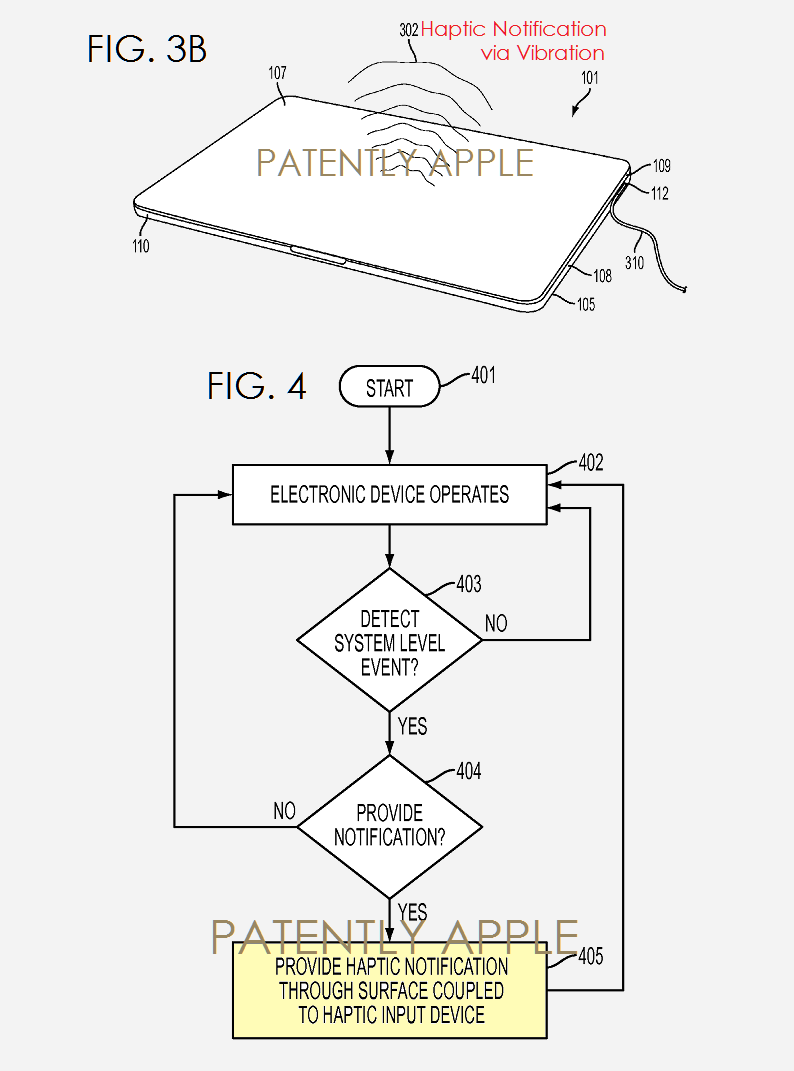 Apple's patent FIG. 3B the electronic device may determine that the display is unavailable because the lid is closed and instead utilize the haptic input device to provide a haptic notification noted at #302 in the patent figure above. The haptic notification will occur via the surface of the device. Such a haptic notification may be one or more vibrations, forces, motions, temperatures, electrical currents, and/or other haptic outputs.

In some cases, such a haptic notification may be one or more vibrations, forces, motions, temperatures, electrical currents, and/or other haptic outputs and/or one or more sounds.