In October 2015 we posted a report titled "Apple is the Top Brand in new United Arab Emirates Retail Study." An Emirates news site reports today that the latest rankings of the UAE's hottest brands, by research firm YouGov, show that Emirates knocked last year's leader Samsung off the top pedestal so hard that it fell to No. 4, behind arch-rival Apple. While Apple was noted as being the number three brand overall in the Emirates, the iPhone alone gave Apple a second nod landing in the seventh spot for 2015. The new list showed 'WhatsApp' in spot number two and the 'Emirates' airline taking top spot due largely to the wildly successful ad starring Jennifer Aniston as noted below.

BrandIndex is a measure of brand perception among the public in the Middle East region, and YouGov says it tracks over 400 brands across 17 sectors simultaneously in the UAE to arrive at the Top 10.

Apple was listed as the third most popular brand: "Apple Inc. is a master of hype, turning every move it makes into a legend of sorts. Even as it turned out that neither of the two stores it opened in the UAE last year were world's biggest, the build-up to the launch and the secrecy surrounding the location and size of the stores created such a buzz that brand Apple jumped three slots in 2015 to secure a place among the Top 3 brands in the UAE in 2015.

The firm caused quite a stir amongst consumers when it opened its first retail stores in the entire Middle East region at Mall of the Emirates, Dubai and Yas Mall, Abu Dhabi in October 2015. That together with the launch of the iPad Pro, iPad Mini 4, iPhone 6s and 6s Plus in the past year has no doubt helped the tech innovator to climb the rankings since this time last year. It will be interesting to see if its new on-the-ground presence will help Apple climb further over the coming six months." 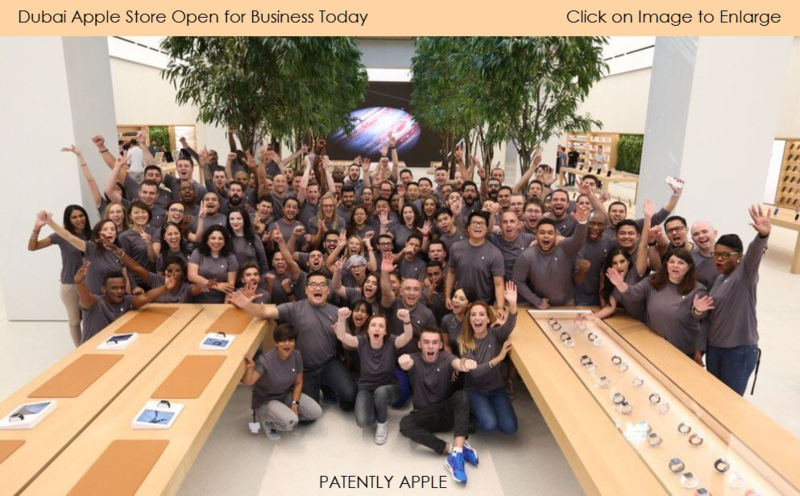 Apple also took seventh place specifically for the iPhone. The report noted that "Such is the power that Apple holds on us UAE residents that it features not once but twice in the Top 10 brand rankings in the country. Apple-proxy 'iPhone' stands strong in seventh place after making positive waves with the launch of the iPhone 6s and 6s Plus with record sales and rave reviews. Print and TV advertisement campaigns highlighting the product's 3D Touch and 4K filming features have also helped to keep the iconic smartphone brand in the top 10. Despite Apple not holding a launch event in the country, there was no dearth of eager UAE residents watching the unveil 'live' on their MacBooks and iPhones."