Apple first introduced their gyroscopic torque invention prior to the iPad ever surfacing. We presented Apple's invention/concept in our January 2010 report titled "Apple: The Tablet Prophecies," one week prior to Steve Jobs taking the stage to introduce the iPad. The first compilation of patent figures that are presented below stemmed from that original patent. Apple's current patent application also includes a similar graphic.

Apple has revisited this invention in their new patent application 20160018223 which was filed in July 2015 and published today by USPTO. Apple notes that in some embodiments, the characteristic of the gyroscopic torque to be transmitted to the mobile electronic device is based on the characteristics of the torque feedback to be provided to a user. For example, if a user is interacting with a driving game, the torque feedback to be provided to the user may include a "turning" feedback intended to mimic or suggest the effect of a vehicle's steering wheel resisting a turn. In this case, the characteristic of the gyroscopic torque may be determined so as to produce the desired "turning" feedback to the user. 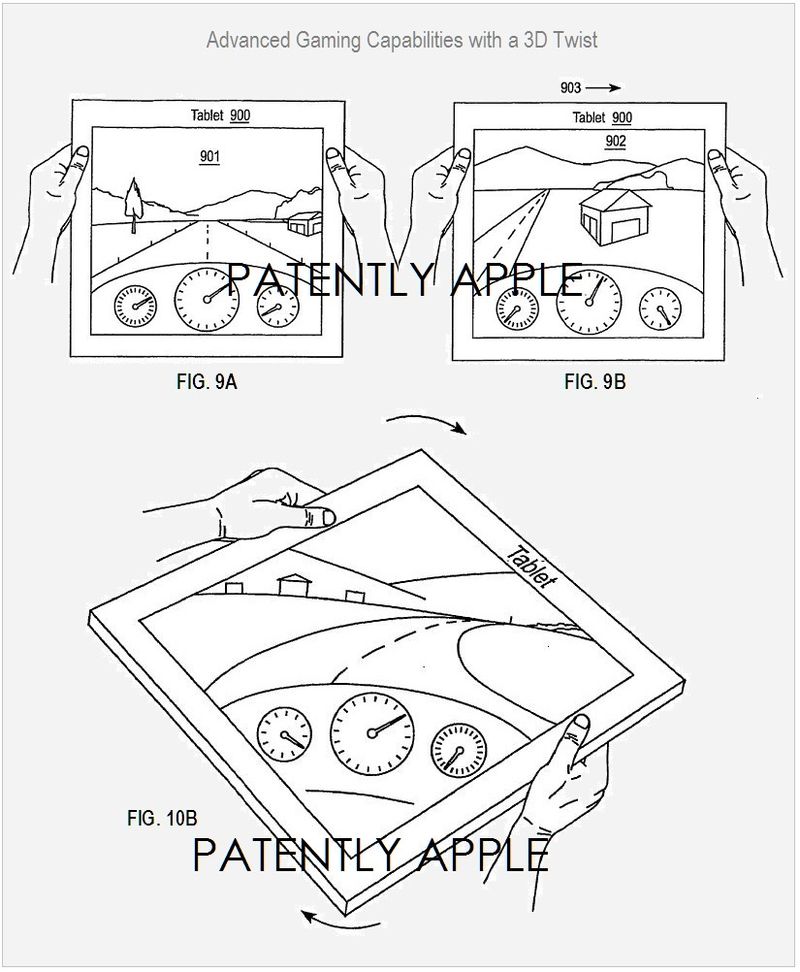 In some embodiments, the characteristic of the gyroscopic torque to be transmitted to the mobile electronic device is selected so as to reorient the mobile device during the free fall. For example, if a device is oriented during free fall such that it will likely fall directly onto its display, the characteristic of the gyroscopic torque may be selected so that the device will instead impact (or be more likely to impact) on its edge, side, or in any other orientation that is less likely to result in damage to the device. 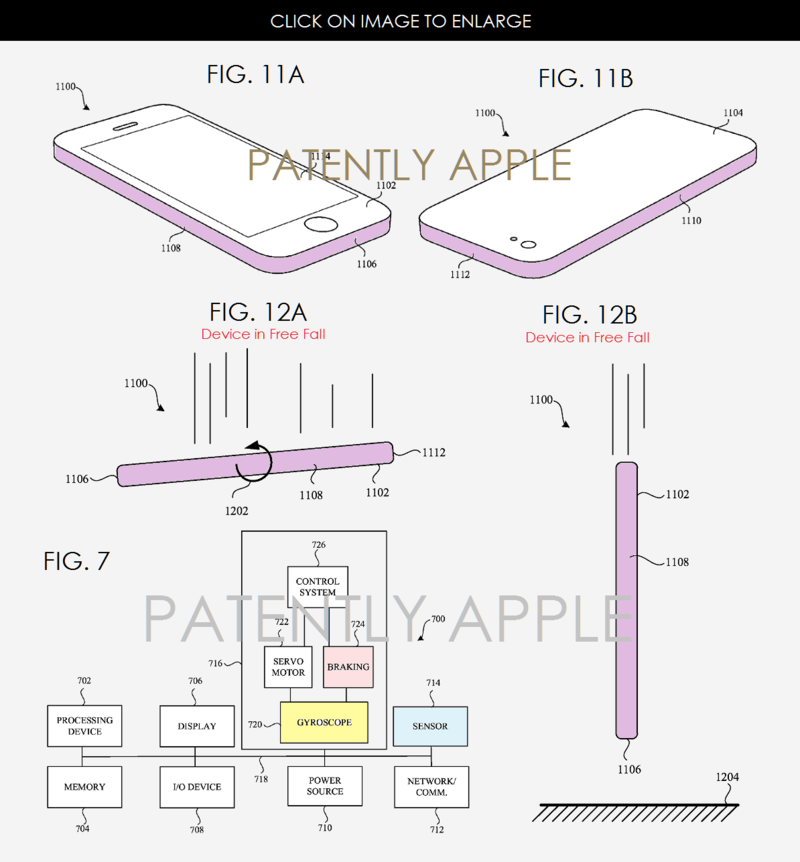