On Monday we posted a report titled "New Apple TV with Siri Invention Surfaces in Europe Supporting Live TV & Time-Shifting Viewing." We were limited to working with a suppressed version of Apple's patent filing in Europe as USPTO was still behind in publishing patent applications for December 31. Today we're able to expand on the Apple TV invention by showing you patent graphics that clearly indicate that Apple TV is likely to expand to iDevices at some point in the future.

Apple's patent FIG. 11 noted below illustrates exemplary television media content on a mobile user device. More specifically, note that the TV content isn't an app or part of a TV episode that you could purchase on iTunes. It's showing you live TV by listing actual TV channels. That would indicate that the iPad is showing users live TV or television programing from a local TV network. 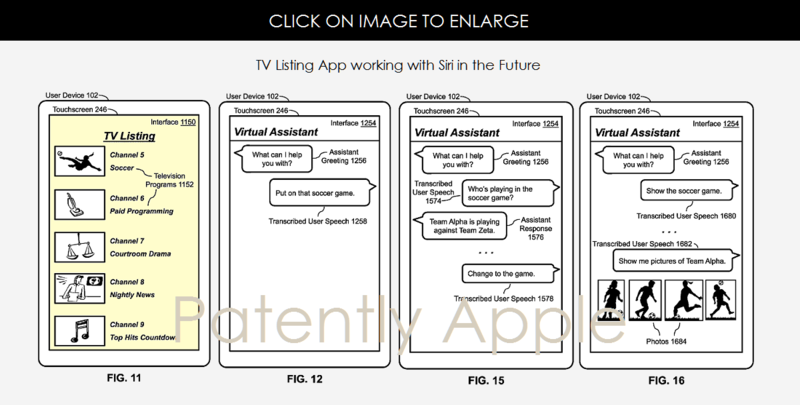 Apple's invention particularly points to an iPad of iPhone being able to work with Apple TV, the set-top-box, beyond the new Siri Remote. Though over time, Apple has hinted on several occasions in patents that Apple TV is likely to available to mobile devices over time. In 2014 we posted a report titled "Apple Invents an Apple TV Remote GUI that could be Custom Rendered for Specific iDevice and Mac Displays," that illustrated an Apple TV interface that would extend to future iDevices.