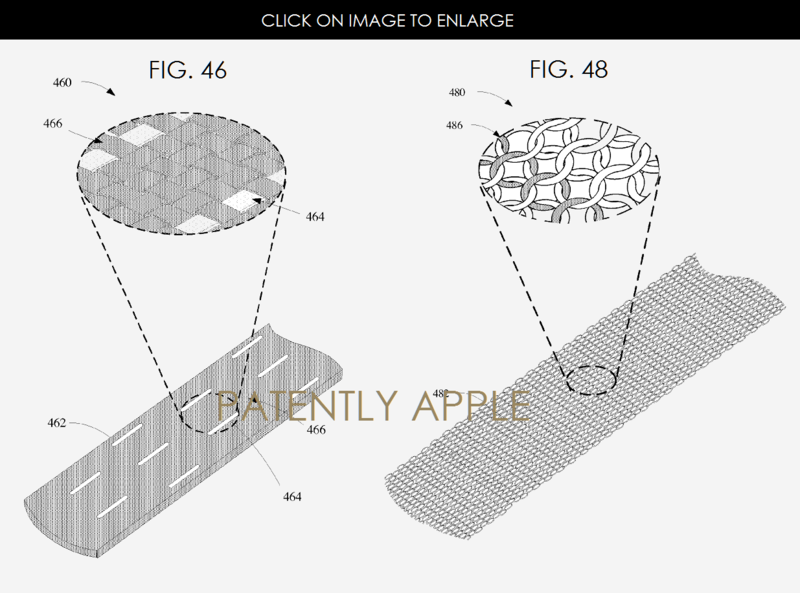 Today, Apple Watch uses magnetics for certain watch bands such as the Milanese Loop, the Leather Loop and Modern Buckle. Apple's notes in patent FIG. 46 that magnetic pattern #460 in which substrate #462 is formed of a number of bands #464 interleaved with selected strands #466. In this way, a magnetic pattern that is orthogonal to the magnetic pattern can be formed. Apple's patent FIG. 48 shows magnetic strap #480 includes substrate #482 formed of a number of interlinking circular elements #484 some of which are magnetic (and some of which can be induced to be magnetic). 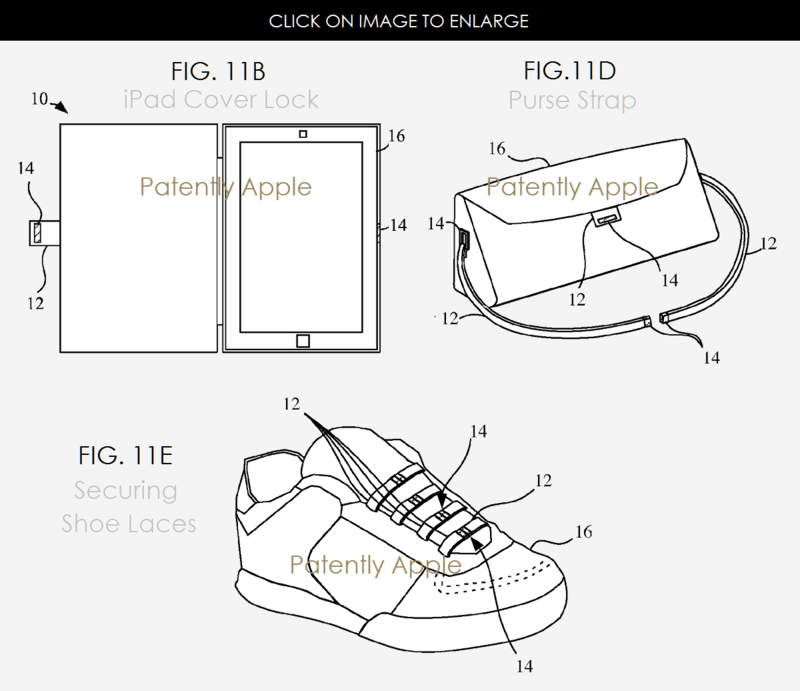