Today, the U.S. Patent and Trademark Office published a patent application from Apple that reveals a stereo speaker system that measures the impulse response of a listening area so as to provide listeners with exceptional quality audio depending on the room's configuration and the furniture within. It ensures the listener is delivered the 'sweet spot' of the audio every time. The sounds are sensed by a listening device (such as an iPhone or other device) proximate to a listener and transmitted to the loudspeaker. The loudspeaker includes an adaptive filter that estimates the impulse response of the listening area based on the signal segment. It's interesting to note that the Apple engineer that's listed as the sole inventor on this patent filing once worked for Bose Corporation.

Apple notes that in one embodiment, sets of coefficients are continually computed for multiple input signal segments of the audio signal. The sets of coefficients may be analyzed to determine their spectrum coverage. Sets of coefficients that sufficiently cover a desired set of frequency bands may be combined to generate an estimate of the impulse response of the listening area relative to the location of the listener. This impulse response may be utilized to modify subsequent signal segments of the audio signal to compensate for effects/distortions caused by the listening area. 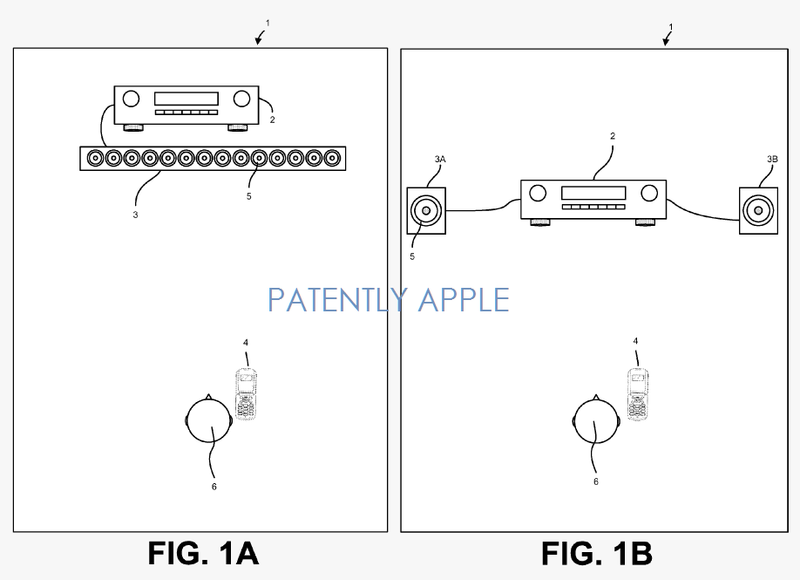 Apple's patent FIG. 5 shows us one of the methods for determining the impulse response of the listening area. 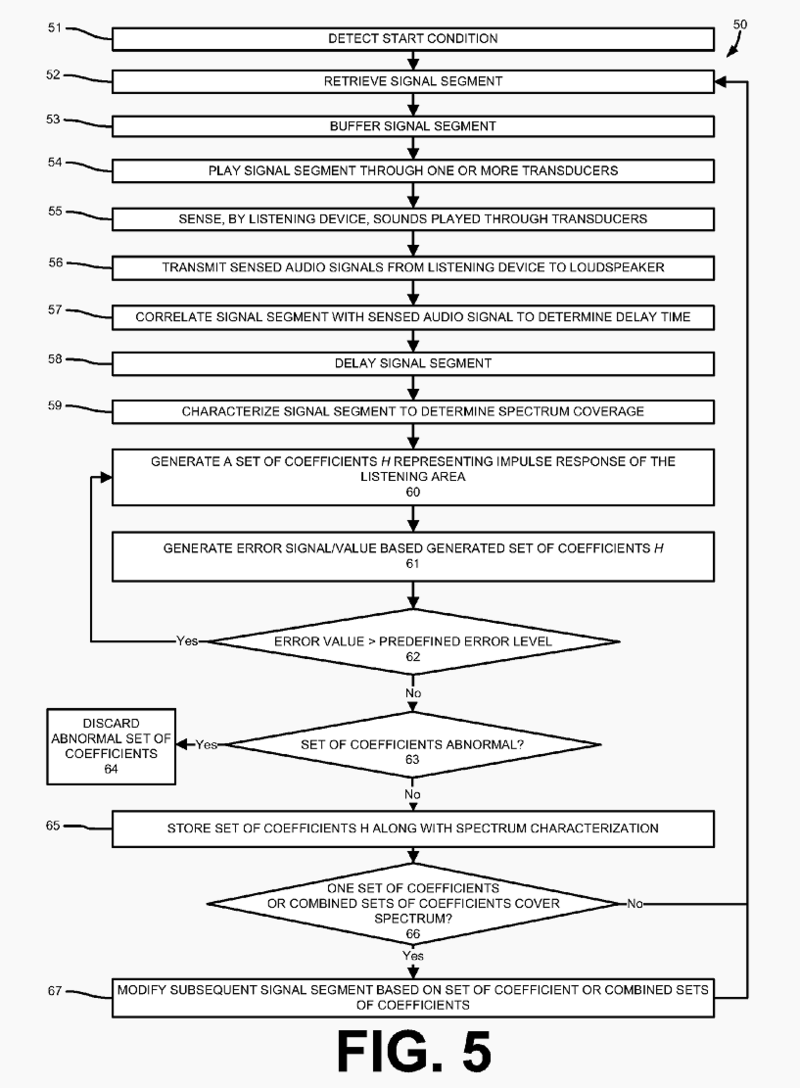 Apple patent application 20160029142 was filed in September 2015 with references dating back to 2013. Considering that this is a patent application, the timing of such a product to market is unknown at this time.