The report further noted that "Apple is exploring cutting-edge technologies that would allow iPhones and iPads to be powered from further away than the charging mats used with current smartphones, the people said, asking not to be identified as the details are private. The iPhone maker is looking to overcome technical barriers including loss of power over distance with a decision on implementing the technology still being assessed, they said.

With iPhones and iPads generating more than three quarters of Apple's revenue, new technologies can give its devices an edge and help the company sell products at a premium in a slowing market." 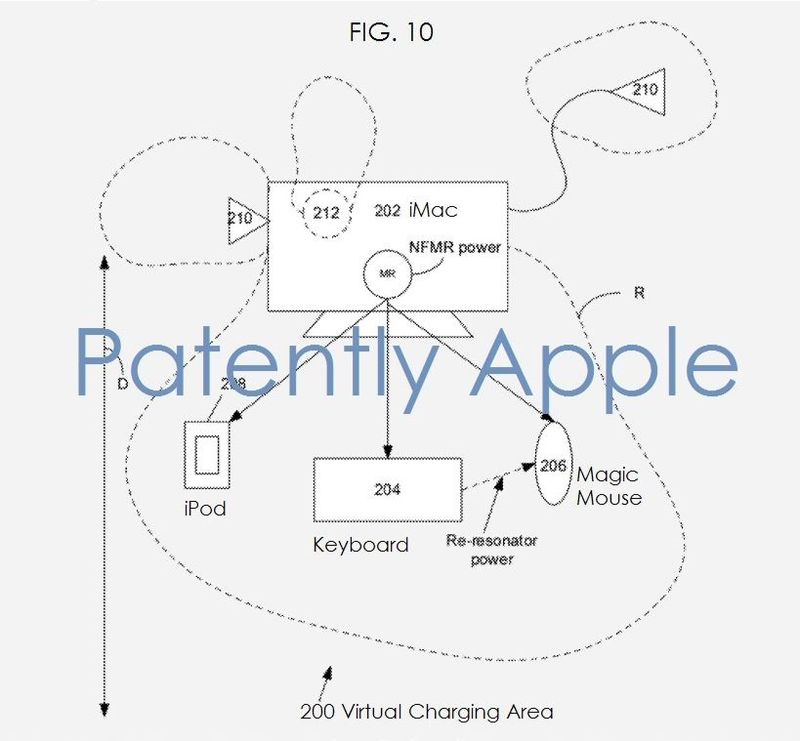 Apple's most advanced technology on wireless charging surfaced back in 2013. We covered Apple's invention in our detailed report titled "Apple Reveals Master Details of Wireless Charging System." Apple discussed the use of Near Field Magnetic Resonance within a hub device, like the iMac as noted in the patent figure above. That scenario would allow a great number of devices within a field surrounding the iMac to be charged instead of being restricted to a typical charging pad.

Yet considering that not all iPhone and iPad users will want to own a new iMac with its more advanced wireless charging system, Apple is also considering several standalone models such as the one noted below that we reported on last November for iDevice-only customers.

About Making Comments on our Site: Patently Apple reserves the right to post, dismiss or edit any comments. Comments are reviewed daily from 4am to 6pm PST and sporadically over the weekend