Apple Could Announce Close to $18 Billion in Profits on Tuesday, a World Record for any Public Company Ever 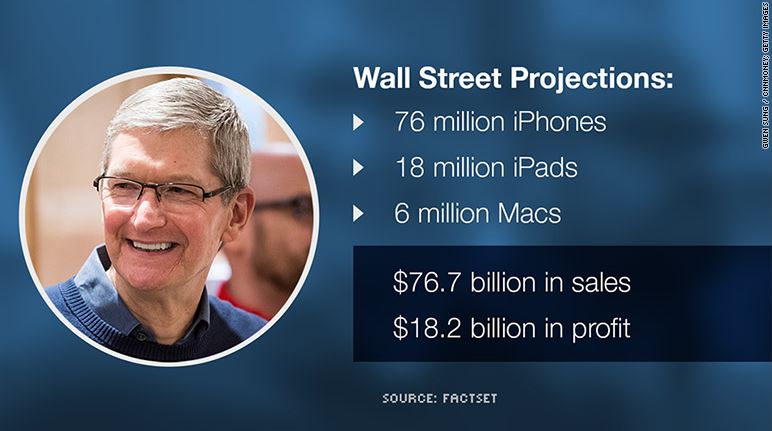 Apple is scheduled to announce their financial results next Tuesday during a live conference call. Going into the weekend, a number of reports surfaced this morning covering forecasts on Apple's numbers. CNN Money notes that Wall Street Projects that Apple sold 76 million iPhones, 18 million iPads, 6 million Macs with $18.2 billion in profit on $76.7 billion in sales. Did your head shake? Yes, $18.2 billion in profit would set a new record for Apple and in fact would set a world record for any company.

The one and only concern is that Apple is basically a one trick pony with iPhone sales accounting for 63% of the company's overall revenue, up from 56% a year earlier. You could read more about this on CNN Money.

The second report today is a gloomy one from Reuters that states that "Some of Apple Inc's main Asian suppliers expect revenues and orders to drop this quarter, indicating iPhone sales are almost certain to post their first annual decline since the flagship product was launched almost a decade ago." I wonder how long Reuters and others have been dying to report that line. The rest of the Reuters report is drudging through a list of suppliers who have reported lower than expected orders from Apple.

To Apple shareholders: Keep your eye on the prize: $18.2 Billion in profits.